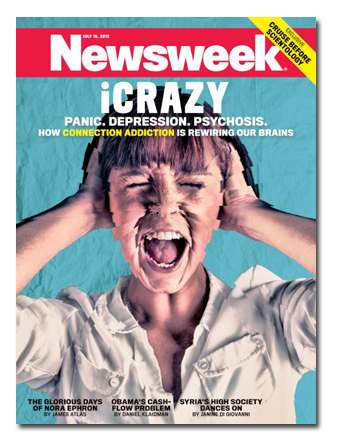 Earlier this week at the American Magazine Conference, industry watchers speculated that most magazines will begin going digital-only by the end of the decade—that prediction seems to be coming to fruition sooner than expected, starting with today’s announcement that Newsweek magazine will cease its print publication by the end of 2012.

After 80 years in print, the magazine will transition to an all-digital format, renaming itself Newsweek Global, and will become a single, worldwide edition targeted for a mobile audience. Newsweek has an Asian edition; a Business Plus edition; an edition for Latin America; Europe, the Middle East and Africa in addition to its U.S. publication, all of which will be consolidated into Newsweek Global.

A statement from the Newsweek/Daily Beast Company, signed by editor-in-chief Tina Brown and CEO Baba Shetty, says that Newsweek Global will be supported by paid subscription and will be available through e-readers for both tablet and the Web, with select content available on The Daily Beast.

“Regrettably we anticipate staff reductions and the streamlining of our editorial and business operations both here in the United States and internationally,” says an internal memo posted on the company’s Tumblr page. “More details on the new organizational structure will be shared individually in the coming weeks and months.”

According to the most recent Fas-Fax from the Audit Bureau of Circulations for the period ending June 30, 2012, Newsweek saw a 9.7 percent year-over-year drop in the number of single copies sold at retail, with total paid, verified and analyzed non-paid circulation dropping by 0.2 percent. In the last three years, its total paid and verified circulation has gone from 2,646,613 to 1,527,157, with single copies going from 64,866 to 42,065 during the same period. Ad pages, however, have been up by 2.5 percent year-to-date, according to Min Box Score numbers.

While print sales have suffered, its digital presence has grown—TheDailyBeast.com now attracts more than 15 million unique visitors a month, a 70 percent increase in the past year alone, according to a statement from the company.

“It is important that we underscore what this digital transition means and, as importantly, what it does not,” the release says. “We are transitioning Newsweek, not saying goodbye to it. We remain committed to Newsweek and to the journalism that it represents. This decision is not about the quality of the brand or the journalism—that is as powerful as ever. It is about the challenging economics of print publishing and distribution.”

In late September, the company named Shetty as its new CEO. In a statement, Brown perhaps foreshadowed this change:

"Baba is a real catalyst in bringing ideas to the marketplace," she said in a statement. "He is extremely gifted at brand and digital strategy, is a strong leader, and is the perfect partner for the next phase of The Newsweek Daily Beast Company.”

Additionally, during IAC’s second quarter earnings call in July, chairman Barry Diller alluded to a move toward digital-only, causing Brown to later backtrack, issuing a statement that said, "Barry Diller would like to make it clear that he did not say on the earnings call as reported that Newsweek is going digital in September. He made the uncontroversial, industry-wide observation that print is moving in the direction of digital."

The same week, the family of the late Sidney Harman announced it was freezing their 20-month investment in the company. In recent years the company has come under consistent scrutiny due to the unconventional pairing of the two brands as well as its controversial magazine covers and editorial content.

“Exiting print is an extremely difficult moment for all of us who love the romance of print and the unique weekly camaraderie of those hectic hours before the close on Friday night,” says the company’s statement. “But as we head for the 80th anniversary of Newsweek next year we must sustain the journalism that gives the magazine its purpose—and embrace the all-digital future.”

Check back with FOLIO: for updates.