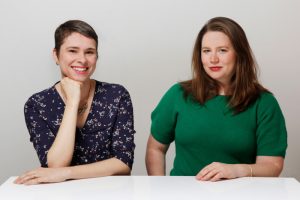 Malone, who most recently served as the magazine’s features editor since 2014, will work to shape the editorial direction of New York and its digital verticals, like the Strategist and the Cut, with a particular focus on cultivating writers and editors across the organization. As features editor, she was part of the team that won the 2016 George Polk Award for magazine reporting for the cover story on Bill Cosby, and also edited several other award-winning pieces.

Former editor-at-large, Smith will work with Haskell and others to guide individual story ideas from conception to publication. She joined New York in 2012 as a senior editor covering news and features, and was later promoted in 2016 to her most recent role, where she spearheaded several projects across the magazine’s platforms. In 2015, she earned a National Magazine Award for multimedia storytelling for she project she lead on the history of a single block in Brooklyn.

“Noreen’s career has been exciting to watch at every stage, but none has been as thrilling as the most recent, where in the last couple of years she has mastered the art of magazine feature-editing,” said Haskell in a statement. “It has become clear that there is nothing that Genevieve can’t do. She has for a handful of years been a terrific features editor, but it is obvious to me that she also has that big-picture talent.”

Both will also continue to serve as editors on various enterprise projects and long-form assignments. 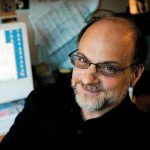 In this newly created role, Gilman will work on both online and print content and will report directly to editor-in-chief Nancy Cooper. Returning to the magazine, Gilman previously served as its senior editor from 1991 to 1996, and since then served as the editor of Fortune Small Business, before starting as the deputy editor of Fortune. He’s also been a contributor to Inc. and is the co-owner and editor of High Water Press. 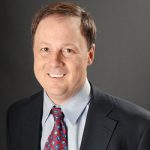 Politico editor-in-chief John Harris is resigning from his role, according to a report by The Hill. Harris has served as EIC since co-founding the company in 2007, and global editor Matthew Kaminski will take over the top editorial position.

Harris, who previously spent 21 years at The Washington Post, is leaving in order to move back into a reporting role. Kaminski, who has been with Politico since 2014 and was a Pulitzer Prize finalist in 2015, previously spent 17 years at the Wall Street Journal, where he served as a reporter, news editor and  opinion writer.

Lesley McKenzie was named managing editor of Variety this week, where she will be tasked with managing the newsroom operations and leading the 50 editorial staffers in Los Angeles—where she will be based—New York and abroad. Starting on April 8, McKenzie will directly report to co-editor-in-chief Claudia Eller. 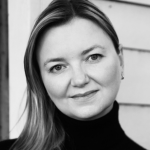 Most recently, McKenzie served as the deputy editor of C magazine for five years, where she managed its day-to-day operations, as well C Weddings and C for Men. In this role, she was responsible for everything from booking celebrity covers and covering news, to building the brand voice, overseeing the editorial staff and growing a network of freelance writers.

Variety also announced the promotion of Millie Chiavelli to the expanded role of senior VP of sales and global partnerships, where she will oversee all international business ventures, in addition to continuing her existing responsibilities of leading East Coast television sales and supervising the New York business office, where she is based.

Since joining the company in 2008, Chiavelli has sold several major partnerships and initiatives with Nickelodeon, Food Network, CMT Artists of the Year, and the Cannes Series icon award. And prior to that, she served as VP of sales and marketing for the Hollywood Reporter and served as ad director of Ad Age, Parade Magazine and Broadcasting & Cable. She will report to group publisher and CRO Michelle Sobrino-Stearns. 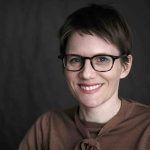 Barron’s editor-in-chief Katherine Bell announced that she is resigning from the company in order to pursue new opportunities, according to a report from Talking Biz News. Since joining the magazine in 2017 from the Harvard Business Review, Bell oversaw the integrations of the brand’s print and digital operations, as well as led the redesign of Barrons.com. She also launched new podcasts and newsletters for the brand, which garnered an all-time high of readers in March. Intermittently, executive editor Bob Rose will lead both the print and digital newsrooms of Barron’s Magazine until a new editor is selected.

Skift managing editor Tom Lowry was promoted to the role of editor-in-chief. Lowry joined the B2B travel industry company in March 2018 and has since worked to transform its editorial operation. Skift CEO Rafat Ali also announced that co-founder Jason Clampet moved into the role of chief product officer earlier this year. 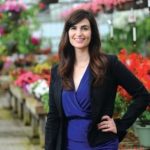 GIE Media Inc. promoted Michelle Simakis to the role of editor of Cannabis Business Times and Cannabis Dispensary this week. Simakis, who has been with the company since 2012 and was promoted to editor of Garden Center magazine in 2015, helped to establish that magazine as one of the leading trade publications serving independent garden centers. She was also responsible for launching a newsletter for the market and organized an educational conference.

Peter MacGillivray was named VP and leader of the Off-Road and Motorsports vertical at Bonnier Corp., which houses brands like the Off-Road Expo, Sand Sports Super Show and 4Wheel Jamboree. MacGillivray will be tasked with overseeing this division’s portfolio, as well as working to build more partnerships and creating better experiences for attendees.

Most recently, MacGillivray spent 17 years at the Specialty Equipment Marketing Association (SEMA) show, where he served as the VP of events and business development. During that time, he launched several events, including SEMA Ignited, the SEMA Cruise and Battle of the Builders, and worked to expand its events globally.

Elsewhere at Bonnier, Popular Science named a new art director, senior editor and DIY editor to its staff this week:

The Atlantic made further editorial appointments this week in an effort to expand its Politics, Global and Culture sections: 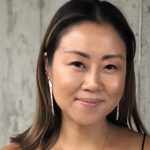 Lillian Yim was tapped as the new executive director of e-commerce for Harper’s Bazaar’s content-to-commerce platform, ShopBazaar. Working with editorial director Jade Frampton and reporting to VP/publisher and CRO Carol Smith, Yim will be tasked with manage content, sales, marketing and all strategic decisions that are aimed at driving revenue growth.

Most recently, Yim was the senior VP of digital merchandising at Barney’s New York, where she oversaw the strategic direction of an over $100 million e-commerce business that also experienced double-digit revenue growth and profitability under her leadership.

Real Simple hired Betty Gold as a senior food editor on its digital team this week. Most recently, Gold was at Hearst, where she served as a senior editor and product analyst for Kitchen and Food at Good Housekeeping, and prior to that, she held other editorial roles at Bon Appétit, Food Network Magazine and “The Martha Stewart Show.” 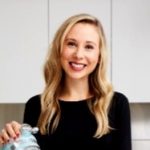 Inc. reporter Michelle Cheng was tapped by Quartz to serve as a reporter for its Quartz At Work section. She begins her new role this month.

Forbes senior tech reporter Parmy Olson is joining the Wall Street Journal as a staff writer to cover technology from the London bureau. Olson joined Forbes in 2005 as its London bureau chief, where she led a team of three reporters, and has also held the role of staff writer.

Staff writer Natasha Bertrand is leaving her post at The Atlantic to join Politico as a national security correspondent later this month. She will also continue to serve as a MSNBC contributor.

Politico Pro energy reporter Darius Dixon is moving to the States team as an associate editor.

Entertainment Weekly correspondent Dana Schwartz announced that she is leaving the magazine to work on upcoming projects and to pursue a career in TV writing.

CQ Roll Call hired Kathryn Lyons to its Heard on the Hill team this week. She comes from Famous DC where she served as managing editor, and prior to that, she served as a researcher for the “Today Show” at NBC News.

The New York Times’ named Ben James as the first head of creative for its custom content studio, T Brand. Starting May 13, James, who joins the company from ad agency Wunderman Thompson, where he served as its chief creative officer, will be responsible for overseeing the creative, editorial and design teams in the studio.