With New Leadership, Questex Rethinks Its Path to Success
By streamlining its verticals and focusing on collaboration, CEO Paul Miller explains how the company broke out of its silos and accelerated growth. 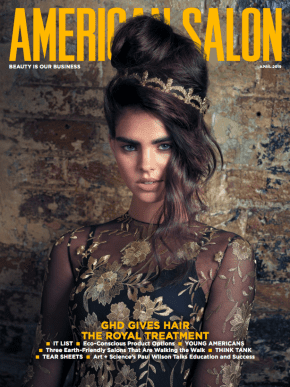 When Questex, the Newton, Mass.-based publisher and event producer, was acquired by MidOcean partners in September of last year, several of its newly appointed leaders immediately saw potential in the company’s brands, products and markets, but also recognized the siloization that was occurring.

One of the first missions that Paul Miller says he worked to achieve after stepping into the CEO role following the sale, was to “make sense of what we have” by listening to what the clients, employees and markets were reporting, and then use that information to streamline communication and accelerate growth.

“In the first few months here, the phrases that I heard in 95% of my meetings with customers were, ‘Wow, I never knew you did that’ or ‘Wow, I never knew that was a Questex product,’” Miller says. “It was kind of staring at us in the face when we first walked in the door. We had a bunch of businesses that were running quite independently and what we saw from a market-facing perspective was a really good reason for bringing them together.”

It was then an outside-in approach of taking that client feedback and market research and applying it to the company’s structure in a way that would accelerate the collaboration and learning between brands and divisions.

“We saw that in three of our verticals—beauty, travel and hospitality—there is a connection to those markets and we don’t have to run them as silos,” says Miller, explaining that hotel owners, for example, might also be interested in learning how to boost their spa businesses or their bars and nightclubs, but they didn’t realize that Questex also offered services and educational tools for those areas.

What resulted from that realization was a regrouping of the company’s five verticals—Beauty, Spa & Wellness, Hospitality, Life Sciences & Healthcare, Telecommunications & Technology and Travel—into two: beauty/hospitality/travel and life sciences/technology; which Miller says automatically broke down some of the siloization. 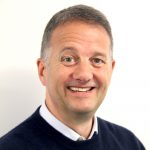 At that point, his next goal was to create cross-company communication that would allow for the strengths of one division to benefit another, as well as give the opportunity for the company’s existing capabilities to flourish. This is where chief marketing officer Kate Spellman, who also joined the company following the sale and was a former colleague of Miller’s at Penton, comes in.

And Miller says that this is an important part of the company’s growth forward because when he first arrived at Questex, a lot of these capabilities were “scattered around” between groups with different division heads taking responsibility for their specific brands, and not communicating their strategies for each with other leaders. 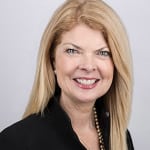 Streamlining was the main tactic for combating this. A new head of product was hired to drive product development across the company, and then Miller says that instead of having the 14 or so direct reports to the CEO, he would only have two new group presidents reporting to him, in addition to the rest of the C-suite, the SVP of talent, and the head of hospitality and travel operations in Europe, Middle East and Asia.

And while a “reformulation” or acquisition may ring alarm bells for layoffs, Miller insists that everything he and his team have been doing is a growth strategy and there are no plans for layoffs.

“It’s really about developing the current talent that we have, structuring it correctly, bringing new talent into the business and at the end of the day realizing the potential that the business has,” he says.

Ultimately however, the reformulation was geared towards getting out of their own way when it came to decision-making and sharing both successful operations and failed attempts. And while the folding of the verticals into two groups seemed like an obvious step, Miller explains that now communication is now able to flow across the groups as well.

“It sounds kind of crazy that it seems kind of obvious, but we weren’t structured that way to talk about our other divisions, because people were focused on their own division or their own product,” he explains. “Now clients can look at us as a potential solution provider across all of those areas, and we can get creative and talk about what we can do specifically for them.”

One of the first examples of the collaboration and ideation that came out of the breaking down of the pre-existing silos, he says, was when the hospitality/travel/beauty group saw the opportunity for a new conference revolving around CBD to help answer questions that spa owners and others might have when looking to implement CBD-infused products into their businesses.

However, since this group didn’t have as much experience with launching a new conference, Miller had the team reach out to the ExL conference business, which operates within the pharmaceutical vertical and “has a very robust playbook” of how to research the market and create viable conferences, to help them formulate the next steps.

“The ExL business worked on codifying how to launch a conference and they were using it for themselves on how to research the market and learn if it was viable,” explains Miller. “What we saw as the new people was that that codifying of how to do a conference actually applies across our entire business, and we need to share that playbook across the entire business.”

Then working together, the spa market division and the ExL team used the pharmaceutical event template to create the American Spa CBD Summit in the matter of just a couple weeks—something that Miller figures would have taken several months prior to the collaboration 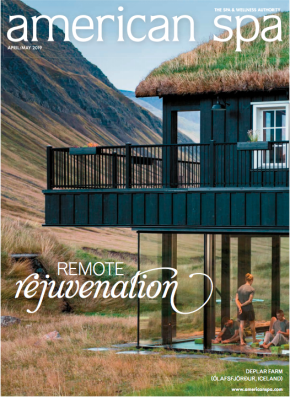 Another area in which Miller saw opportunities to remove silos between the media and events businesses was focusing on the buyers’ and sellers’ journeys and facilitating both venues and communications channels that could help Questex’s clients make sales (and their customers make purchases) while interacting with the company’s brands.

“We also have a number of hosted buyer events within Questex where we actually bring together real buyers who are put into the room with real sellers and real business is done,” says Miller, who continues that the previous event-based companies he’s worked for, including Informa, didn’t allow for the buyer to actually act on their buying decision in the moment at a trade show or conference.

And while the hosted buyer events give the opportunity to close sales at the venue, for the customers that want to make a decision later, Miller’s team has been working on connecting the brands’ digital properties with those events in order to provide people with a way to link back to the same products that were for sale.

“That’s how I think you can connect events and media; it’s how you can connect the buyer’s journey all the way through, either at the event or after the event online, and that’s something we’ll strive to build and offer to our customers and bring more buying experiences to them,” he says.

While there isn’t a profit share between Questex and the event partners off of the products sold during hosted events, online, Miller says there is the opportunity to include affiliate links, though it is still a work in progress. As of now, Questex capitalizes on the buyer’s journey by acting as the facilitator of these conversations, and they make their revenue when partners “see success and then they want to come back and do it again.”

Miller hopes to spur more growth within the digital-side of his brands as well. While he prefers to not think of Questex of being split into an events business and a digital business, he recognizes that the focus for a while had been more on the event-side, resulting in the digital properties being “a little bit neglected” and not reflecting the performance he was expecting.

Since refocusing there, Miller reports double-digit growth in the first quarter, “and not 10% growth, it’s quite a lot higher than that.”

At the end of the day, he says that the changes being made aren’t reflective of a “classic restructure,” but a way to create a “sensible structure” out of the existing properties, services, products and people that the company already had.

“I like the markets we’re in and I like the products and brands that we have in those markets,” he says. “We have great fundamentals and we’re really focused on those markets, so we’re not looking to become distracted with a sixth vertical or a third group.”