At the National Magazine Awards, a Changing of the Guard Begins
The New Yorker and NY Mag's Adam Moss took center stage again, but newcomers stole the show at the 2019 Ellies.

BROOKLYN—From a new category honoring podcasting and an additional one honoring video, to the warehouse-themed Williamsburg venue that would host a concert by Haiti’s hottest DJ the following night, to the slew of first-time winners, the 54th annual National Magazine Awards were far unlike any of the 53 that preceded them.

Among newcomers at the “Ellies”—named for the elephant-shaped trophy—was Topic, the “visual storytelling” hub launched less than two years ago, which swept both video categories and was one of just three publications to earn multiple awards (the other two being The New Yorker and The New York Times Magazine).

But outside of a standing ovation for outgoing New York magazine editor Adam Moss’s induction into the ASME Magazine Editors Hall of Fame, the largest ovation of the night arguably went to another first-time winner: Erin Bried, the founder and sole staffer responsible for Kazoo, the three-year-old, print-only magazine aimed at girls aged 5–12, which became the first-ever children’s magazine to pick up an Ellie award for General Excellence.

“I thought there was no chance. I’m going to try not to cry,” said Bried in her acceptance speech, thanking the judges for not dismissing Kazoo, the other magazines in the room that had given Kazoo press and the subscribers and contributors that have allowed it to succeed as an independent, ad-free magazine. Met with protests from the crowd, a musical cue intended to curtail Bried’s speech immediately relented.

Sticking to last year’s decision to do away with the Magazine of the Year honor in favor of four category-divided General Excellence awards that recognize the totality of a publication’s print and digital offerings, the other three big winners honored by ASME were National Geographic, which picked up its eighth General Excellence award in the news, sports and entertainment category; T: The New York Times Style Magazine, which earned a second straight in service and lifestyle; and Virginia Quarterly Review, which won its second-ever in the literature, science and politics category. Kazoo won in the special interest category.

But for all that was new at the 2019 Ellies, much remained the same. New Yorker editor David Remnick earned the 45th through 48th additions to his National Magazine Award trophy case, as the Condé Nast title was once again the event’s biggest winner—after tying with Adam Moss’s New York last year at three awards apiece.

This year, The New Yorker won its awards in reporting, public interest and columns and commentary as well as the coveted feature writing category. Remnick used one of his four acceptance speeches to congratulate Moss as his friendly competitor. New York earned just one award this year, in leisure interests, capping Moss’s 15-year tenure as editor at a mere 41 total Ellie wins. 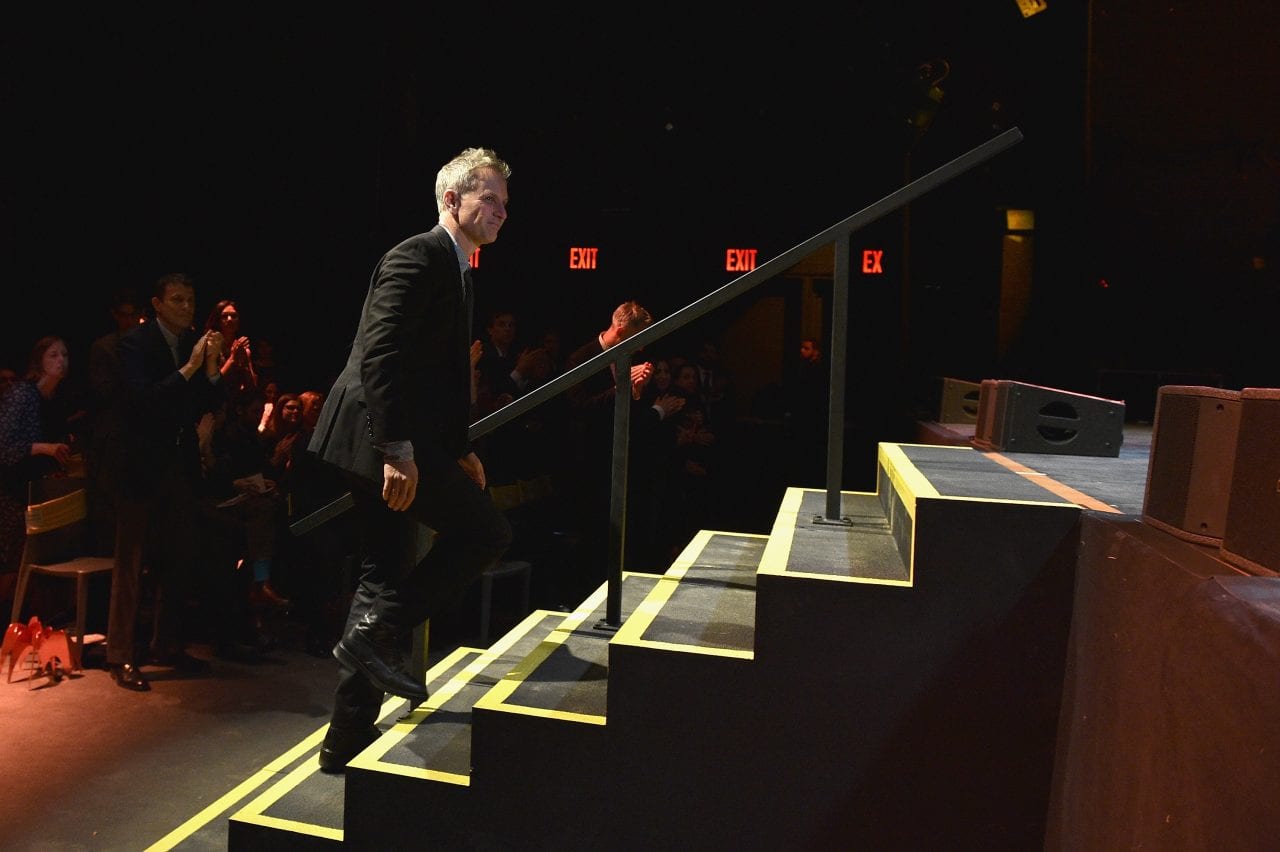 Moss returned to the stage later in the program, however, for an honor that Remnick can’t claim (yet): becoming the 30th member of ASME’s Magazine Editors Hall of Fame.

After a video tribute highlighting some of his most notable work from his tenures at 7 Days, Esquire, The New York Times Magazine and New York, Moss reflected, “The first time I stood on this stage, Dan Quayle was VP, ‘Golden Girls’ was on the air and the event was at the Waldorf Astoria, in Manhattan.”

More sincerely, Moss’s speech was a nod to anyone but himself, describing the editorial process as a loving back-and-forth of collaboration and disagreement. “All of that work you just saw,” he said, referencing the video montage, “was done by someone else.”

In particular, Moss thanked New York Media CEO Pam Wasserstein, “to whom I am gratefully indebted,” as well as the broader magazine community represented in the room, stressing the importance of drawing inspiration from peers in the industry and iterating on their ideas.

“Collectively, we all make each other better,” he said.