Nancy Gibbs Named Managing Editor at Time
Gibbs is the first female to hold the post in Time’s history. 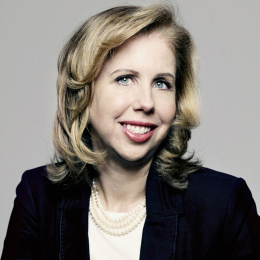 Gibbs, the first female to hold the managing editor post in Time’s history, has been leading the publication since July 2013 when Stengel shifted to a more corporate role working with editor-in-chief Martha Nelson and Time Inc. to facilitate the publication’s spin-off in the fall.

“Our journalism has never been stronger, our audience has never been bigger and just about very day technology is giving us new tools with which to tell great stories,” says Gibbs in a statement. “I could not be more proud to take over at this exiting and challenging time.”

Gibbs, who joined Time in 1985 as a fact checker, has served in many roles for the publication including writer, editor and organizational leader before taking the deputy managerial job. In the past twenty years, she became one of the most prolific authors in Time’s history—authoring 174 cover stories. In addition, she oversaw Time’s transition to a digital news era including the new Time.com mobile-based relaunch scheduled in the fall.

Gibbs’s predecessor, Stengel, who held the post for seven years, was nominated Tuesday by President Obama as the under secretary for Public Diplomacy and Public Affairs at the Department of State. Under his tenure, Time won many awards for writing and photography, including being named Magazine of the Year in 2012 by the National Magazine Awards.