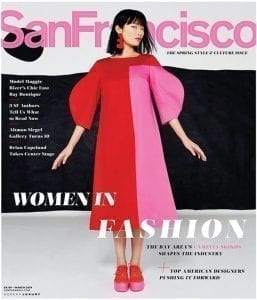 Those who have exited the company since the start of July include the editors-in-chief at both San Francisco and Vegas magazines, as well as Modern Luxury-branded titles serving Houston, Chicago’s North Shore, San Diego, Scottsdale and Silicon Valley, in addition to a managing editor working across both San Francisco and Modern Luxury Silicon Valley and the company’s design director, who managed creative direction across the entire portfolio.

As a result, some individual editors are now tasked with overseeing upwards of four different magazines in adjacent markets, according to multiple sources familiar with the situation, while others will rely heavily on content shared across multiple publications in the portfolio.

In response to emailed questions last week, Modern Luxury Media’s chief marketing officer, Raquel Cadourcy, acknowledged that the company has had to make “tough choices” as a result of the COVID-19 pandemic, but confirmed that no magazines are shutting down and no changes will be made to the company’s portfolio, which is currently comprised of 29 regional lifestyle magazines, in addition to a number of weddings- and interior design-focused offshoots.

In April, the company furloughed an undisclosed number of employees across several departments through the end of June, producing a combined, identical May/June issue across nearly all of its markets.

At the time, CEO Michael Dickey said he hoped to be able to bring everyone back by July, and that the furloughs were an attempt to avoid permanently reducing headcount amid a shutdown of events and closures of retail outlets—an important distribution channel for many of the company’s magazines.

“We have had to reimagine our entire company from soup to nuts—from how we produce content, how it’s distributed, and everything in between,” Cadourcy told Folio:. “All of this takes additional investments to pursue our reimagination,” including in new talent and platforms to ensure “we are agnostic to all screens our content lives on.”

“We will have some exciting announcements to share in August,” Cadourcy added.

Modern Luxury wouldn’t provide details on the total number of employees affected by the changes, which Cadourcy said was a consideration “of privacy for our employees,” but added, “We are still producing magazines and look forward to continuing to produce world-class content.”

Late last year, the company effectively shut down two magazines, Capitol File and Los Angeles Confidential, whose print editions were both discontinued. Their websites remain active, mostly publishing content sourced from other publications within the portfolio. A third magazine, Michigan Avenue, appears to be in a similar situation.