MPA to Close New York Office and Move Headquarters to D.C., Prioritizing Gov’t Affairs
CEO Linda Thomas Brooks will step down at the end of the year, according to a rep for the industry trade association, which does not plan to hire a successor. 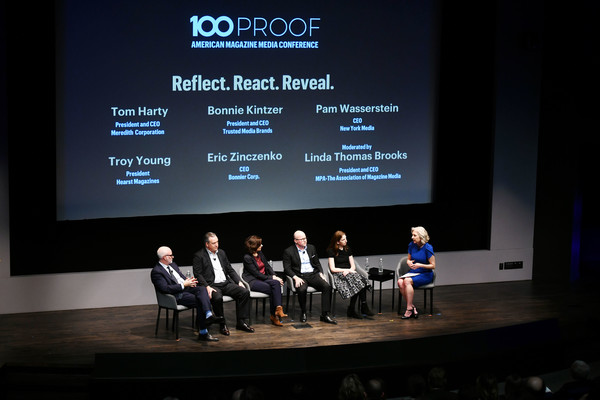 MPA — The Association of Magazine Media, the nonprofit trade group that represents around 75 of the largest consumer magazine publishers in the U.S., as well as suppliers and other industry stakeholders, is leaving New York after 100 years and relocating its headquarters to Washington, D.C., where it has long operated a government affairs office.

The move, precipitated by a board of directors vote last week, represents a reallocation of resources, prioritizing lobbying and government advocacy over the association’s other activities, such as advertiser and agency outreach, consumer marketing and research, according to an MPA spokeswoman.

“In looking at priorities, the Board identified D.C.-based advocacy work around issues such as postal, ad tax, consumer privacy, the First Amendment and data and subscription marketing, among others, to be the most important and in need of the most resources,” Susan Russ, the MPA’s senior VP of communications, tells Folio:. “This work contributes directly to our members’ bottom lines.”

As such, Linda Thomas Brooks, the former ad agency exec who was brought in as CEO at the start of 2016, will step down from her role and leave the MPA at the end of the year, and the association has no plans to name a successor.

Instead, the MPA’s most senior staffer going forward will be Brigitte Gwyn, executive VP of government affairs, an experienced K Street lobbyist who joined the association earlier this year and will continue running its D.C. office.

The MPA has spent between $500,000 and $650,000 on lobbying activities annually over each of the past several years, according to public records.

The American Society of Magazine Editors (ASME), which shares resources with the MPA and administers the annual National Magazine Awards in association with the Columbia School of Journalism, will remain based in New York but will maintain a relationship with the MPA moving forward.

“ASME anticipates no changes in the operation of the awards,” says ASME’s CEO, Sid Holt. “As in the past, the call for entries will be published in October, the judging will take place at Columbia in January and the awards will be presented in March.”

Decisions related to the future of the MPA’s regularly released audience reports as well as its series of in-person events, including the annual American Magazine Media Conference in New York each February and the IMAG Conference, held in various locations each spring, will be made over the next six months, but Russ says the association plans to maintain “at least one industry conference with other meetings throughout the year.”

Meredith Corp., whose president and CEO, Tom Harty, also serves as chairman of the MPA’s board of directors, directed all inquiries to the MPA, but Harty provided an explanation similar to Russ’ on Sunday, telling the New York Post that “it’s part of a long-range strategic plan. We’re doubling down on our government affairs. We need to be putting more resources against that.”

Ten full-time and two part-time staffers at the MPA’s New York office will be laid off as part of the move, according to the Post‘s report.

“MPA’s mission to champion the nation’s magazine-media publishers and act as a unified voice across the industry will stay the same,” added Russ.