Montana Magazine Shuts Doors After 48 Years
A week after shuttering the alt-weekly Missoula Independent, owner Lee Enterprises says "the dynamics of the publishing business have changed." 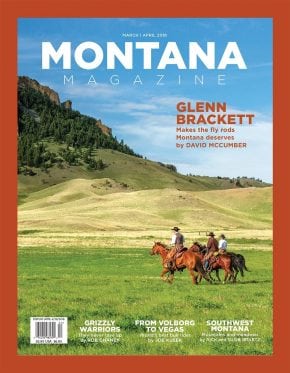 Montana Magazine, the bimonthly title which has chronicled Big Sky Country since its inaugural issue in 1970, has shut its doors after 48 years, publisher Lee Enterprises announced Wednesday.

“Unfortunately, the dynamics of the publishing business have changed, and the magazine has reached the end of its distinguished run,” wrote the magazine’s general manager, Matt Gibson, in a note to readers. “All of us at Montana Magazine appreciate our loyal readers, and we’re sorry to disappoint so many of you.”

The news comes about a week after Lee Enterprises abruptly shuttered another Montana title, the alt-weekly Missoula Independent, which Gibson sold to the company last year before accepting a GM role at Lee overseeing both it and Montana Magazine, as well as two other local outlets, The Missoulian and the Ravalli Republic.

A spokesman for Lee Enterprises has not responded to questions about the specific circumstances that led to the Montana Magazine shutdown, whether the company had first pursued a sale of either title as it looks to reduce its $500 million in debt, or how many staffers were let go as a result of the closures.

The Independent‘s shuttering, which occurred Sept. 11, prompted outrage on social media and even a protest outside the offices of the Lee-owned Missoulian, according to a staff report in the paper.

Earlier that morning, staffers at the Independent—who had voted unanimously to unionize earlier this year—were informed that the newspaper was closed, effective immediately, and that they’d continue to receive salary and benefits for 30 days. They were instructed not to report to work and provided a phone number to call to schedule an appointment to retrieve their belongings from the office.

Online and on social media, heartbroken tributes to the 48-year-old Montana Magazine abounded from readers both at home and across the country.

“It’s just a part of the Montana experience. It’s going to leave a big hole behind,” David McCumber, founder of the competing title Big Sky Journal, current editor of the Lee-owned Montana Standard and guest editor of the last five issues of Montana Magazine, told the Associated Press.

In addition to its four Montana-based outlets, Iowa-based Lee Enterprises publishes some 40-plus newspapers across 20 states primarily in the Midwest and greater Rocky Mountains region—including the St. Louis Post-Dispatch and Arizona Daily Star. The company claims to reach a combined 1.1 million daily readers in print and 30 million monthly uniques online.

Very sad to be the last editor of a great magazine. I competed against Rick Graetz when I started @bigskyjournal in 1993, but always loved and admired the magazine he founded. Was honored to edit @MontanaMagazine for its last five issues. https://t.co/eWb8UTdr37