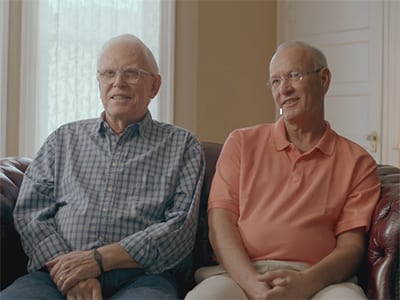 Optum is a health services company that prides itself on using data to find better ways to deliver health care. Day Zero required both Optum and Bloomberg to step outside their comfort zones, to tell the very human story of a man who was facing death. The companies told the story story of a man fighting to get a liver transplant in an emotional nine-minute film titled Day Zero. Within the online video player, branching off that film were five shorter films totaling 11 minutes of video. They explained liver disease, transplantation in America, the Optum transplant program, why his employer Delta Air Lines offered the service, and how Aurdrey cares for her patients.

The package of films ran on Bloomberg.com, and the main film was also shown on Bloomberg’s Apple TV channel, Bloomberg’s Hulu channel and in the Delta crew lounges worldwide. Hundreds of thousands of people have viewed this project—by far the most of any project in the six-year history of the Bloomberg Media Studios custom content team. In an internal Optum research study of its target market, Bloomberg’s work has been ranked far above that of any of Optum’s other custom content.