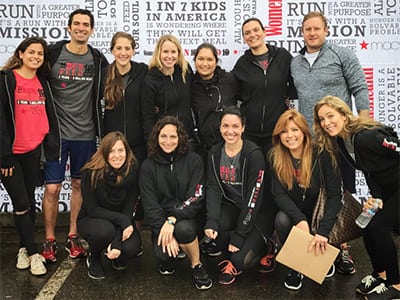 In 2016, Women’s Health continued to evolve as a brand by transforming today’s media landscape through the power of socially-driven, action-based platforms that define America’s new well-thy culture. Core to Women’s Health’s success is its unmatched ability to create symbiosis between editorial authority, advertiser messaging, and the voice of our consumers. In a chain reaction, each pillar empowers the other and, as a result, Women’s Health is achieving growth within an overwhelmingly challenged industry. The brand is number one in market share growth (up +15% among contemporary women’s brands [PIB, January-December‘16]) and number one in page growth among contemporary women’s brands (Jan – Dec 2016).

Other achievements include being seen by over 8 million New Yorkers as the brand painted the skyline red when it lit the iconic Empire State Building with Macy’s President Jeff Gennette, ABC’s Chief Meteorologist Ginger Zee, and FEED founder Lauren Bush Lauren. Women’s Health also increased foot traffic by driving thousands of racers, with a median age of 33 and a median household income of $80K, to packet pick up hosted at Macy’s Activewear departments in Chicago, New York and San Francisco. The brand’s custom collection, created in tandem with RUN 10 FEED 10, sold out.