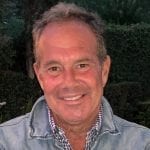 Set to debut this Fall, the half-hour program will feature a mix of human interest and true crime stories, celebrity interviews and entertainment news—essentially, a similar content mix to People magazine—and will air weekdays across Meredith-owned TV stations in 12 markets, including Atlanta, Nashville, Phoenix and St. Louis, among others.

Silverstein will work alongside People editor-in-chief Dan Wakeford but will report directly to Gary Brown, SVP of content for Meredith’s local media group, which houses its 17 owned or operated TV stations.

Silverstein had previously been with “Access Hollywood” since NBC first launched the program in 1996, ascending to executive producer in 1999 and running the show in that capacity for two decades before exiting last year amid disagreements with management over the creative direction of the show, he wrote in a memo to staffers at the time.

“People is the gold standard in celebrity and entertainment news with a reputation as the most trusted brand in media,” Silverstein said in a statement. “It is the opportunity of a lifetime to be at the helm of this beloved brand on television.” 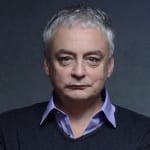 After a 23-year hiatus, Bob Guccione, Jr. is back at Spin, taking a “hands-on” advisory role at the music magazine he founded in 1985 and eventually sold in 1997, current owner Next Management Partners announced last Friday, adding that Guccione will work with the executive and editorial teams on creative direction and helping the now digital-only brand expand into licensing.

“We are incredibly excited to do something that no previous owners of Spin have ever done: Bring back legendary Spin founder Bob Guccione, Jr.,” said Jimmy Hutcheson, CEO of Next Management Partners, which acquired Spin from Billboard-The Hollywood Reporter Media Group in January. 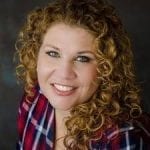 Deadspin announced another addition to its rebuilding editorial team, adding sports columnist and radio host Julie DiCaro to its ranks as senior writer and editor. As a freelance writer, DiCaro has contributed to Sports Illustrated, The New York Times and The Washington Post, among other outlets. She spent the last five years as a host at Chicago sports radio station WSCR. 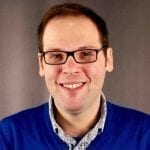 Paul Shapiro has joined Condé Nast as global director of technical SEO, based in New York. Shapiro arrives from the digital marketing firm and GroupM subsidiary Catalyst, where he spent the last several years in various related roles, most recently as senior partner and head of SEO. 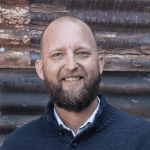 Stamats Business Media hired Robert Nieminen as chief content director of Interiors + Sources, a monthly magazine and digital outlet for commercial interior designers, as well as its sister publication Buildings. It’s a return for Nieminen, who previously served as editor-in-chief of Interiors + Sources from 2005 to 2013. He spent the past seven years as a freelance writer and editor for numerous B2B publications, including The Architect’s Newspaper, Retail Environments, i+D and BioFuels Journal, among others.

Royle Printing hired Chris Portalatin as senior sales rep for the southeast region. Portalatin arrives from LSC Communications, where he spent the past seven years in a similar role. 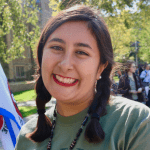 Additionally, Watt hired Courtney Allen as event operations manager, responsible for the company’s portfolio of annual pet food and agri-food conferences both domestic and abroad. Allen previously spent 17 years as a trade show organizer at Urban Expositions, now a division of Clarion Events. Most recently, she had been operations manager at the trade show management firm Global CIF.