Meredith Sells Fortune Magazine for $150 Million
Thai businessman Chatchaval Jiaravanon has purchased the brand as a personal investment; Alan Murray and Clifton Leaf will stay on as CEO and EIC. 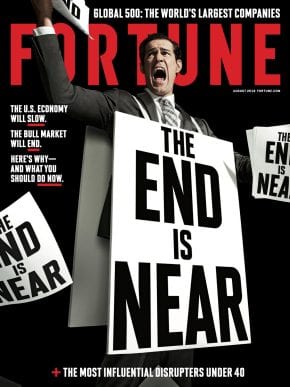 Two down, two to go.

The deal makes Fortune the second brand to be sold out of the four magazines that Meredith Corp. put on the block as part of the company’s plans to reduce its debts following its acquisition of Time Inc. last year. Time was sold to Salesforce CEO Marc Benioff and his wife Lynne for $190 million in September; Money and Sports Illustrated remain on the market.

Alan Murray—who joined Fortune as editor in 2014 after several years at The Wall Street Journal and had risen to chief content officer at Time Inc. prior to the company’s acquisition by Meredith—will say on with Fortune as president and CEO. Clifton Leaf will continue as editor-in-chief.

As part of the sale, Meredith entered into a multi-year agreement with Jiaravanon that will provide short-term business continuity services like corporate sales, consumer marketing, subscription fulfillment, paper purchasing and printing.

Jiaravanon, who will own the company as a “personal private investment” separate from his existing family businesses in media and telecommunications, pledged in a statement to invest in Fortune‘s digital capabilities, editorial talent, and global outreach.

“Our vision is to establish Fortune as the world’s leading business media brand, with an always-on reach and global relevance,” Jiaravanon said. “The demand for high quality business information is growing, and with further committed investment in technology and brilliant journalism, we believe the outlook for further profitable growth is excellent both for the publication and the events business.” 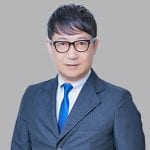 Affiliated with Charoen Pokphand Group, an international conglomerate that extends into several sectors of business including the telecom and media, agro-food, retail and distribution, e-commerce and digital industries, Jiaravanon is specifically involved in the group’s media and telecom businesses and serves as a board member for True Corporation Public Co., a Thai-based subsidiary of C.P. Group and a leading consumer provider for the country’s telecommunications market.

Meredith Corp., which released its latest quarterly results on Wednesday, said earnings from the sale will be used to pay down its debts, which it expects to reduce by $1 billion during its 2019 fiscal year, which began in June. The company has laid off several hundred employees since closing the Time Inc. deal in January.

“We are excited to leverage our world-class publishing platform to our new partners through these ‘win-win’ relationships,” said Meredith’s chief development officer, John Zieser, in a statement. “We look forward to announcing additional agreements for the Sports Illustrated and Money brands shortly.”