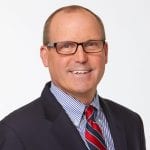 Meredith Corp.’s VP of brand licensing, Steve Grune, is stepping down after 18 months in that role and eight years with the company overall. He’ll be succeeded by Toye Cody and Sondra Newkirk, who have each been promoted to VP from executive directors in the brand licensing division.

Grune was first at Meredith from 1999 to 2000, when he was publisher of Midwest Living, before spending nine years at Hearst Magazines as VP and publisher of Country Living. After three years at Bonnier Corp., he rejoined Meredith in 2013 as founding publisher of Allrecipes magazine before taking over Meredith’s Parents Network as VP and group publisher in 2016. He moved atop the brand licensing division in 2018. A Meredith rep says Grune is stepping down to “pursue new interests” and spend more time with his family.

Cody first joined the company in 2004, having held various positions within Meredith Books, while Newkirk has been with Meredith since 2006 in different roles within the brand licensing division. Both have served as executive director since 2018.

“Toye and Sondra are seasoned professionals with deep brand licensing experience and relationships with our partners,” said Tom Witschi, president of Meredith Consumer Products. “We are thrilled to acknowledge and reward their strong leadership as we continue moving our business forward.”

Meredith says it earns licensing royalties on billions of dollars in product sales, second only to the Walt Disney Company. On a recent earnings call, it reported $94 million in licensing revenue for fiscal 2019. 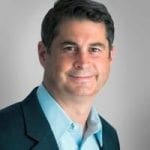 Endeavor Business Media appointed Bill Nurthen as chief financial officer, a new position at the continually expanding Nashville, Tenn.-based B2B media company. Nurthen will oversee all aspects of the company’s financial operations from Fort Atkinson, Wisc., where the accounting and finance teams are located. For six years, Nurthen served as CFO of ARI Network Services, a SaaS and DaaS company, and prior to that was CFO of Cabrera Capital Markets, LLC, an institutional financial services firm.

“Bill is a critical addition to our executive ream in this stage of exponential growth, said Endeavor CEO Chris Ferrell in a statement. “His background in growing businesses through integrating acquisitions, reducing cost and leading financial teams will be essential to take our business at Endeavor to the next level.” 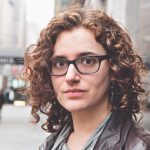 On Tuesday, Bonnier Corp. named Corinne Iozzio the new editor-in-chief of Popular Science. Iozzio succeeds Joe Brown, who departed Bonnier last month for Hearst Autos. Most recently serving as executive editor of Pop Sci, Iozzio has held several roles with the magazine since first joining as an associate editor in 2009 and later becoming senior associate technology editor. After a brief departure to freelance full-time, she returned in 2017 as managing editor, then was promoted to deputy editor in 2018 and executive editor in 2019. 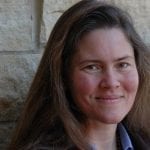 Over at Scientific American, Laura Helmuth has been named the ninth editor-in-chief in the publication’s 175-year history. Helmuth most recently served as the health and science editor at The Washington Post. Her career began with Science Magazine where she served as a reporter/editor. She then spent eight years with Smithsonian Magazine as science editor followed by a similar role at Slate. In her new role, set to begin April 13, Helmuth will oversee the magazine, its website and other branded products. 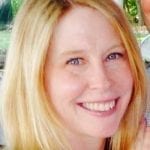 Industry Dive announced Meg Hargreaves as its new chief operating officer, effective March 23. Hargreaves served as SVP/COO for CQ Roll Call from 2015 to 2018 and held several senior leadership roles after first joining the company in 2010. She also serves on the board of directors for the Software & Information Industry Association (SIIA), currently as chairman, and most recently launched her own consulting firm, Rush River Media. 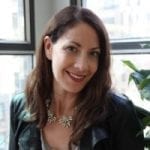 Effective immediately, Tracy Middleton is joining Active Interest Media as brand director of Yoga Journal, where AIM says she’ll lead the team in “creating more robust consumer- and yoga-focused content across all channels—print, digital, social media, events, and online education.” Middleton most recently was at Women’s Health, where she spent more than six years, as senior editor, health and features editor, and most recently health director after the magazine was acquired by Hearst in 2018.

Mark Jocson joined MotorTrend Group as VP, digital distribution and partnerships. Reporting to head of operations, Jerry Solomon, Jocson will advance initiatives to build the MotorTrend brand while expanding the distribution of its subscription streaming service. Most recently, Jocson was SVP of business development and strategic initiatives at Rakuten Viki, a streaming provider specializing in Chinese, Japanese, Korean and Taiwanese television shows and movies, and prior to that served as SVP, digital media and games at Sony Pictures Television Networks.

Earlier this month, Molly MacDonnell joined Time as a sales associate on the partnerships team in New York. Since receiving a master’s degree in sports industry management, she has worked in sales and marketing with organizations such as the Boston Bruins, the Boston Celtics and Washington’s NFL franchise. Most recently she served as a corporate sales account executive with Tough Mudder.