Meredith Launching Quarterly Magazine with Ayesha Curry
The unnamed title will hit newsstands in May. 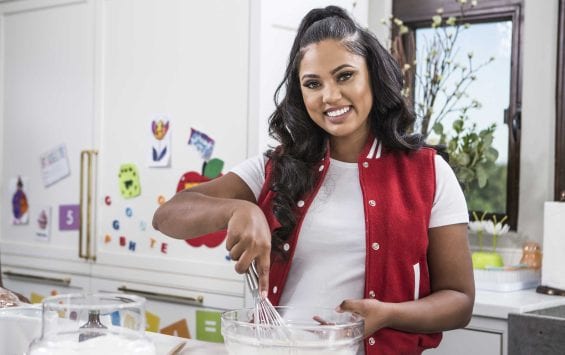 Meredith announced it has another quarterly newsstand title in the works, this time with chef, author and TV personality Ayesha Curry.

This will be the second new title added to the Meredith portfolio in 2020, along with “The Property Brothers,” Drew and Jonathan Scott’s Reveal, which hit newsstands this month.

The new quarterly magazine is similarly aligned to Rachael Ray’s recently rebooted magazine, Rachael Ray In Season, in terms of its business model and rollout strategy.

Like In Season and Reveal, Curry’s still-unnamed title will boast a cover price of $9.99. Also like In Season, it will debut with an initial run of 400,000 copies across the country. Reveal, on the other hand, rolled out with 750,000 copies.

The company says that Curry’s magazine will be a lifestyle title that will cover food, wellness and family topics.  The first issue is slated to drop in May, and will follow what’s become a somewhat ubiquitous format for quarterly magazines, with heavy paper stock and an emphasis on coffee-table-style design.

Meredith hasn’t exactly been leaning into print, however it’s not running away from it either. Over the past 18 months the company divested its legacy Time Inc. titles, including Time, Fortune and Sports Illustrated, merged Cooking Light and Eating Well and shuttered the 90-year-old Family Circle at the end of 2019.

Nevertheless, it is also showing a renewed commitment to Ray, and is betting on the celebrity influence of the Scott Brothers and Curry. What’s more, the company reintroduced subscriptions for Coastal Living readers, citing “resounding consumer demand and success.” Likewise, it has rebooted a subscription version of Cooking Light.