The Strategy Behind Meredith’s New Innovation Group
Repurposing the "retro" QR code and tuning into a new realm of media, Meredith's head of innovation explains how editors and advertisers can use improved tech to reach audiences. 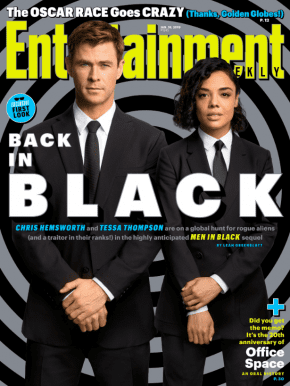 That’s how Corbin de Rubertis, the head of innovation at Meredith Corp., explains the new Meredith Innovation Group, which launched earlier this week at the Consumer Electronics Show in Las Vegas.

To de Rubertis, editors are particularly excited about the new print integrations that the Innovation Group is offering, “because the promise of print-to-digital has been around for a longtime.”

He explains that as “enablers” for their brands, editors are “dictating the roll out” process for his team, particularly by integrating Smart Codes into print and creating new audio products, “so we’re just trying to help them build the best and most useful user experiences that they can.”

While the Innovation Group team is made up of fewer than 10 staffers at the moment, de Rubertis says that since their products have a “broader effect across the company,” they’re able to tap into people from other divisions, like Meredith’s custom content studio, The Foundry, or its business intelligence team, to help pull more data or research for more complicated projects.

“We have access to all of the groups in the company, so it’s kind of cool that we’re an organizing principle, not necessarily a deeply staffed standalone unit,” he says. 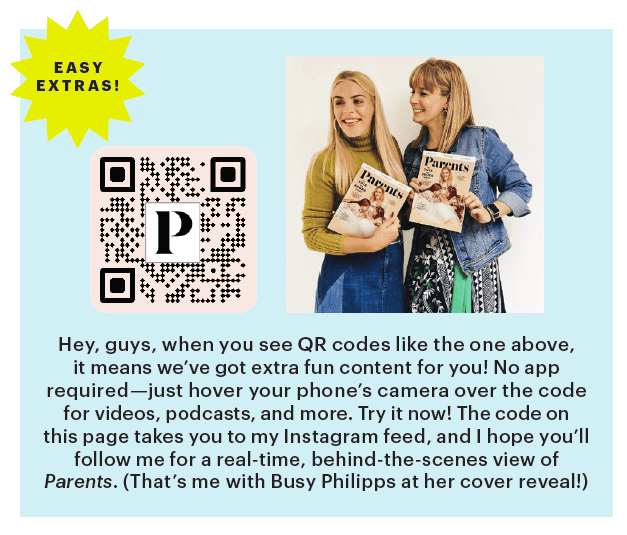 Smart Codes—Meredith’s take on the now “refreshingly retro” QR codes, as de Rubertis calls it—takes advantage of the updated technology that allows readers to scan these codes and open a URL link with just their smart phone camera. And already, the Innovation team has integrated these codes into some of Meredith’s print products.

The codes operate off of a commercial QR code platform, which de Rubertis explains they then “hotwire” into their own internal analytics so that once the URL is activated, Meredith’s web analytics team can pick it up and record that it’s been scanned, which advertisers also love.

“They can do all of the cool e-commerce stuff,” he says. “They can put stuff right into shopping carts because of the integrations with retailers and can link directly to products to purchase and to videos and to voice and audio experiences.”

The design of the codes were also updated so that they unobtrusively integrate into the design of the print layout, often times incorporating the brand’s logo or matching the article’s coloring.

“Brands are really embracing them and the ones that we’ve ran so far have largely been editorially driven,” de Rubertis tells Folio:. “One of our successful ones, for example, was on the editor’s page of Parents with Liz Vaccariello that said, ‘Here’s a familiar-looking thing but with new technology, so if you hover your phone camera over it, you can follow me on Instagram.’ And she got hundreds of new followers from that within a couple of days. So it’s a cool way to activate almost any kind of digital experience out of print.” 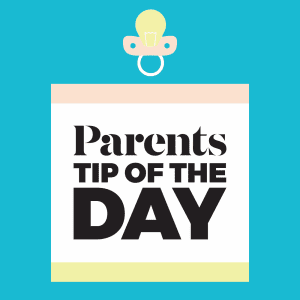 For the Voice Network, the aim is to create unity across each brand’s individual platforms, and to make all of the audio and voice offerings coming out of Meredith’s portfolio of brands accessible and uniform for both consumers and partners.

One of the first goals of the division is to re-funnel all of the existing audio and voice products into an organized network. So when a listener is tuning into an Entertainment Weekly podcast, they’re accessing that content from the same place and in the same way that they’re accessing one of People’s.

“You see a lot of publishers have a portfolio of little projects that they’re trying here and there,” says de Rubertis, pointing to Parents magazine’s “Parents Tip of the Day” daily audio product that offers short clips of advice aimed at parents with younger children. “We’re trying to make it super consistent again with very consumer-friendly, repeatable experiences. But also a very brand-centric, consistent thing so that our audiences know what they’re getting.”

And consistency is not just for the benefit of the consumer, but for advertisers as well, who are now able buy ads across audio and voice offerings the same way from brand to brand.

According to de Rubertis, the Voice Network is initially comprised of three major components: podcasts, content-to-audio and—what he calls the “most complicated thing”—skills or actions. Content-to-audio and skills and actions are the two newer offerings that Meredith brands will have the ability to integrate their content into.

For content-to-audio, he explains that they turn their long-form articles into audio files that can be consumed the same way podcasts are—or that’s the hope once they’ve secured partnerships with podcast distributors like Apple. As for now, he says that “we’ll actually have a voice actor read it, because we haven’t found a good text-to-speech that sounds really, truly natural for story telling. So we’ll record that and then there is a player that goes along with the article,” which listeners can plug into and listen from their device from the brand’s website.

The skills and actions are similar, though they require the user’s voice participation in order to access the content, which de Rubertis says is more difficult to get the listeners involved in. “Those are kind of interactive experiences where you’re actually opening a skill on Alexa or an action on Google Home and you’re trying to work through that interactive problem or experience.”

He says that so far his team has tested out these interactive products on a few of their food brands, like AllRecipes, where a callout is embedded into an article, either in digital or print, and invokes the reader to “ask Alexa to open the AllRecipes skill,” which offers complimentary content to the article they’re reading, such as giving the option to order the ingredients in a particular recipe. 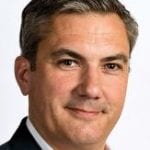 And while the podcasting and the content-to-audio offers limited opportunities for advertisers, skills and actions allow for advertisers to reach their consumers’ shopping bags even more directly, says de Rubertis.

“The skills are actually the best place to do the product placement and direct links to commerce,” he says, “Whereas for strictly audio experiences follow the old radio paradigm of ‘brought to you by.’”

So if a Better Homes & Gardens sponsor wants a specific cleaning product placed in the content, the reader can be prompted to ask Amazon’s Alexa to add that product to their shopping cart right then and there.

Next month, de Rubertis says that Entertainment Weekly is launching its new “The Must List” vertical, which will integrate voice commands, and the company’s health and wellness brands, like Shape, are also experimenting with the technology in both editorially and with commerce.

At its launch, de Rubertis says that the Innovation Group has seen an overall promising response from advertisers, “A dozen comfortably are participating to some degree and we’re still in the testing phase on some of [the products].” But he ties that to the fact that last year when his Innovation team spoke to advertisers about their desires, reaching people through audio was at the top of their list.

“I think people are realizing how much consumer time and attention is going to be spent on voice devices, and what that means from a marketing standpoint is that they’ve been essentially invisible so far.” he explains. “Neither Apple nor Google have made any attempt to really give advertisers a place to play, so we’re really taking it upon ourselves to make it happen.”