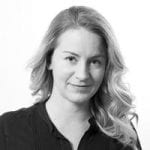 Jessica Plautz was promoted to the director of content operations, succeeding Ron Kelly, who departed the company in July. Since June 2016, Plautz has served as the digital deputy editor of Travel + Leisure. Based in New York, Plautz will report directly to VP of digital content strategy & operations Melissa Inman and will be responsible for implementing standard processes across the Digital Content Group to aid in both editorial workflow and data collection. She will also serve as a single point of contact for multi-brand editorial initiatives. 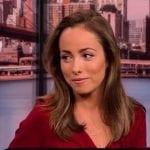 Taking over as deputy digital editor of TravelandLeisure.com is Nina Ruggiero, who most recently served as the brand’s senior digital editor for the past three years. In her new position, she will be tasked with overseeing daily news, SEO and e-commerce content, while managing freelancers across the globe. Based in Los Angeles, she will report director to executive editor Deanne Kaczerski. 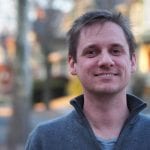 Mike Ayers is the new executive editor of Money.com. He has been with the brand for the past three years, most recently as deputy editor. Before Money, Ayers held positions with The Wall Street Journal and Rolling Stone, and in his new position, he will be tasked with managing the editorial and social teams and leading audience growth across the brand’s platforms. He will report to Miles Stiverson, GM/executive director of content strategy for Travel & Luxury vertical, who is adding Money.com to his responsibilities. 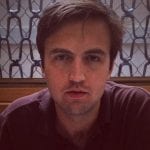 Food & Wine named Ryan Grim as its new digital executive editor. He joins the brand from MyRecipes, where he was the executive editor, and Extra Crispy, where he was editor-in-chief. Before joining Time Inc., and later Meredith, Grim was the managing editor of Vice magazine and deputy editor of Tasting Table. At F&W, he will manage the digital team and leading its efforts to grow audience across its platforms. He starts on Sept. 23 and will also report to Stiverson. 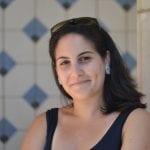 And Laura Fakhry was promoted to recipe manager for Allrecipes.com. For the past four years, Fakhry served as the site’s content producer and in her new position, she will manage the recipe team and will oversee the content strategy and selection of recipes in order to meet audience growth needs, in addition to overseeing the execution of sponsored recipe campaigns. She will report to Allrecipes.com executive editor Jason Burnett. 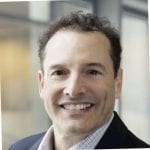 The former CEO of Time Inc., Rich Battista, was tapped as CEO of Imagine Entertainment, a film company created and chaired by Brian Grazer and Ron Howard, effective immediately. Based in the Beverly Hills headquarters, Battista will work closely with Grazer and Howard to lead the company’s 90 employees and build on its growth and expansion strategy, as well as oversee any mergers and acquisitions.

Battista most recently helped to position Time Inc. for sale and oversaw its $2.8 billion acquisition by Meredith Corp. at the beginning of 2018. Prior to this, he served as CEO of Mandalay Sports Media and from 2004 to 2008, he was the CEO of Gemstar-TV Guide International, where he was responsible for revitalizing the TV Guide magazine and TV Guide Network, and later directed its $2.3 billion sale to Macrovision. Battista spent a total of 18 years with Fox over various periods, ultimately holding the title of president of national cable networks.

“He brings with him a unique perspective and years of expertise and experience growing and expanding businesses, and we are confident in his ability to build upon Imagine’s success,” said Grazer and Howard in a statement. 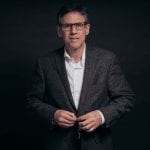 Axios feature editor Steve LeVine is joining Medium, where he will serve as the new editor-at-large for three of its magazines. Based in Washington, D.C., LeVine will be tasked with creating and leading coverage of the intersection of tech, economics and demographics with society, politics and geopolitics.

He spent the past two and a half years with Axios, where he was responsible for founding and directing the “Future” daily newsletter, and before that, he spent almost five years as a Washington correspondent for Quartz. LeVine also currently serves as a senior fellow of foresight, strategy and risks initiative and as an adjunct professor at Georgetown. He also has previous experience writing for Business Week, the Wall Street Journal, the New York Times and Newsweek. 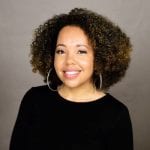 The former managing editor of Bleacher Report, Christina Tapper, is joining Medium’s Zora magazine as its new deputy editor. She will work alongside former Essence editor-in-chief Vanessa DeLuca, who has been spearheading the launch of this online magazine for women of color as its editor-in-chief since May this year.

Tapper previously spent two and a half years with Bleacher Report, starting as the senior deputy editor for special projects in August 2016, and later rising up to managing editor in February 2018. Prior to that, she spent over five years at Sports Illustrated Kids as a writer/reporter and later an associate editor, and has written for Essence, People and InStyle magazines.

Bloomberg Environment tapped longtime E&E News reporter Ellen Gilmer to join its team. Gilmer has been with E&E News for over nine years and has covered environmental litigation, federal courts, the Justice Department and judicial nominations as its legal editor and reporter. She starts her new role next month.

Eillie Anzilotti is leaving Fast Company after serving as the magazine’s assistant editor for over two and a half years. Anzilotti previously held editorial roles at CityLab, Glamour and Philadelphia Magazine.