Meredith Continues to Invest in Print With Latest Food & Wine Upgrade
The magazine is the latest in the company's portfolio to make significant product upgrades. 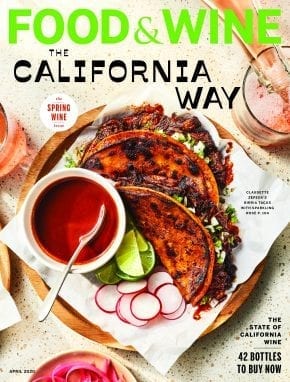 As many magazine publishers continue to look for ways to cut costs by scaling back frequency, thinning their books, and reducing their overall quality, Meredith isn’t convinced that’s the only way forward.

Food & Wine, a brand the company took over when it acquired Time Inc. in 2018, is the most recent print magazine the company is investing in by increasing its trim size and improving its paper weight.

“When we completed the acquisition there were certain brands that were starved for investment and attention,” president of Meredith’s magazine division, Doug Olson, tells Folio:. “Food & Wine, and others, were always great brands and we felt if we put the right people and efforts behind them and paired them with our great advertising partners, they had potential to grow.”

Food & Wine has indeed grown. Last year it increased year-over-year print advertising revenue by 18%, according to the company. And per AAM data, its readership grew by 11% and circulation is up 2%. Further, it’s digital audience—on its website and social media channels—grew 8% year-over-year, and it boasts a digital reach of 29 million users.

Olson says that the revenue growth in print is a combination of renewed advertiser interest as well as a concerted effort by editor-in-chief, Hunter Lewis, and publisher, Tom Bair, to develop a product its partners and readers wanted.

“I told [Lewis and Bair] if we fix the business with the cards they have in their hands, we will step up and help with investment,” Olson says. “So I didn’t have any choice but to honor the agreement.”

“This has been a theme, along with launching new magazines, which are now at various stages of their lifecycle,” Olson says. “A lot of competitors are moving away from beautiful print products, but we see it as a two-fold opportunity. We’re not only giving our advertisers a better physical environment for their messaging, but we are giving readers a better overall experience.”

When asked if the improved print product gives Meredith the leverage to increase cover price and subscription fees, Olson suggests that the short answer is yes; but, “In this environment that’s hard to do.”