Meredith Corp. execs touted what they saw as encouraging signs for both print and digital advertising as well as a significant uptick in consumer-driven revenue on an earnings call Friday reporting the company’s performance in the third quarter of 2019 (Meredith’s fiscal years start in July and end in June).

On the print side, the combined Meredith/Time Inc. portfolio was down only 7% in advertising revenue, according to president and CEO Tom Harty, compared to double-digit losses in the preceding quarters, while digital advertising “was up a couple percentage points” on a comparable basis—meaning just looking at February and March year-over-year, as the Time Inc. acquisition wasn’t completed until January 31, 2018.

“We said we would improve the print advertising performance of the acquired Time Inc. properties to Meredith’s historic levels over time, and we did,” added National Media Group president Jon Werther, crediting the application of Meredith’s standards and practices to the Time Inc. properties and further investment in sales and marketing teams for the improved results over previous quarters.

Moreover, Werther said digital ad revenues on the same comparable basis increased year-over-year, “despite a challenging digital advertising environment,” similarly citing the application of best practices in audience development and yield management across the portfolio, as well as a new unified CMS providing all of its brands access to “premium ad products.”

Meanwhile, consumer-driven revenue increased 30.3% year-over-year, accounting for nearly half (49.4%) of the National Media Group’s $555.6 million in total Q3 revenue. Of that $274.3 million in consumer revenue, about two-thirds (64.6%) came from print subscriptions, 15.8% from newsstand sales and the remaining 19.6% from a mix of affinity marketing, licensing and digital consumer revenue. 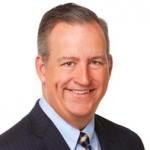 “A lot of investment has been made on the subscription side and around … acquiring more profitable subscriptions and swapping out lower-margin source subs that we had from Time Inc.,” said Harty. “Historically, Meredith has always grossed up the sub price of our agent sources. This was something that historically the industry didn’t do, including Time Inc. Well lo and behold, Meredith was right.”

Harty referenced a direct mail campaign conducted over the winter—the company’s first for the magazines it acquired from Time Inc. last year—bundling multiple titles together, which achieved a 4% response rate out of “close to 27 million pieces of mail,” and a Facebook ad campaign that generated 50,000 automatically renewing print subscriptions.

“So the circulation side of our business is really, really strong,” Harty said in summation. “We’ve talked about that for a long period of time. Women still love magazines.”

In the year ahead, Werther said the company plans to sell more than 20 million SIP copies on newsstands, “with almost all of them priced at $9.99 or above,” and also plans to extend print-to-digital QR codes across its entire portfolio, something it began experimenting with last year.

Another area of focus, said Harty, will be Apple News+, which Meredith is “very excited about” due to the potential of four different revenue streams: guaranteed minimum payments, royalties based on the time consumers spend with each brand on the platform, lowered subscription acquisition costs and new advertising opportunities.

“It took some not insignificant investment for us to get our brands on that platform,” he continued. “As we look into the future, obviously, we’re going to have to see about consumer adoption. But from a marginal economic standpoint, if we can get people to consume [content] on the platform, it could be close to a $10 increase, from a margin perspective, on our subscriptions.”

A significant portion of the call was spent explaining an extension the company has made to the timeframe in which it expects to meet its goal of $550 million in annual net savings driven by the Time Inc. acquisition. Originally, Meredith told investors it expected to get there by January 2020, but that’s now been pushed back by about six months.

“This adjustment is due to several factors, including investment spending to grow the business, keeping certain key employees longer than originally anticipated to finalize our integration and some cost savings we have not yet achieved due to holding the assets held for sale longer than we expected,” said Ceryanec.

The sales of Time and Fortune last year generated $340 million total ($190 million for Time and $150 million for Fortune), while Sports Illustrated and a 60% stake in ad-tech subsidiary Viant—both of which also arrived via Time Inc.—remain on the block.

Ceryanec added that Meredith has repaid $700 million of debt since the Time Inc. acquisition closed, with its total debt now at $2.4 billion. The company’s board of directors declared a regular quarterly dividend of $0.575 per share, marking a 72nd consecutive year that Meredith has paid out a dividend to its shareholders.