Merchants of Alarming Truth and the Reality of Media Bias
[Column] Examining the blurred line between truth and bias. 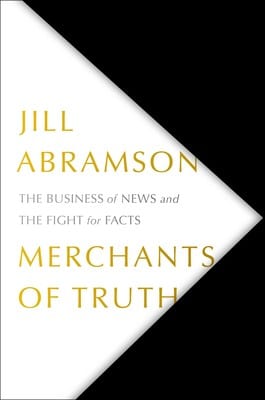 “For the seventh time in eight years,” wrote Jonathan Jones, “the Bucs finished last in the NFC South, a level of ineptitude to which only the Browns can lay claim… At 5–11, the Buccaneers have missed the playoffs for the 11th consecutive year, and it’s the seventh time in that span that Tampa Bay has had double-digit losses.”

“Ineptitude.” Ouch. That’s kind of… judgmental. But funny thing about what did not happen next. There were no howls about S.I.’s bias. Nobody questioned Jonathan Jones’ journalistic ethics or declared him the purveyor of Fake Sports News or castigated him as the Enemy of the Tampa-St, Petersburg-Clearwater metroplex.

Because, objectively, the Buccaneers suck.

Elsewhere on the meteorological disaster front, over the years the National Review has called Hurricane Katrina a “killer storm,” Newsweek called Cyclone Nargis a “killer storm” and Popular Mechanics called Hurricane Irma a “killer” storm. I don’t recall there being a trial verdict—in this country one is innocent until proven guilty—yet not a single accusation was forthcoming about the media’s anti-weather agenda. Evidently, the accuracy of the reporting spoke for itself.

So now comes ex-New York Times executive editor Jill Abramson’s new book, “Merchants of Truth,” in which she concludes that the paper’s negative coverage of the Trump Administration violates the paper’s founding values and panders to its—she says—mainly liberal audience. It’s mainly a digression in her examination of the overall (treacherous) media landscape, but of course the right-wing-media-o-sphere swooped in like seagulls spying a stray boardwalk french fry. If you Google “jill abramson bias,” your tops hits will be: the New York Post, Realclearpolitics.com, Washington Times, Fox News, Russia Today (!) The Hill, and National Review.

The liberal-bias narrative, after all, is their raison d’etre, their obsession and their business model. And it has been at the core of conservative politics since Nixon. But is it, you know, true? Is there a liberal bias in mainstream media? Yes. And, also, no.

In the Venn diagram of values, journalism and liberalism do have a huge overlap. Questioning authority, suspicion of big money, “reform” in general, afflicting the comfortable and comforting the afflicted—which is really another way of saying “social justice.” Journalism isn’t a political party, much less an “opposition party,” but it is inherently progressive and inherently adversarial to the sitting government. Among recent victims: Barack Obama and Bill Clinton. And would-be president Hillary Clinton? Ask her.

On the other hand, while the latest survey numbers are a bit outdated, in 2013 only 7 percent of journalists self-identified as Republican. (52 percent identified as independent). So the bleeding-heart sensibility is not a figment of the right’s imagination.

But does that prove political bias? No, it does not.

With some notable and horrifying exceptions, large news organizations—especially the ones dismissed as hubs of liberal bias—are rigorous in their work. Their publishing protocols police fairness and accuracy, and are difficult to circumvent within a newsroom. When a story is deemed particularly explosive, the caution is even greater. (Indeed, here the press tends toward the more insidious sin of false balance.) Nonetheless, when things happen, we report them, and when bad things happen we report them louder. That is not evidence of bias. It is evidence of observation and judgment.

We have a president who told three bald-faced lies on his second day in office, one about the CIA, one about crowd size at his inauguration and one about the weather. Since then, fact checkers have documented thousands of presidential lies, falsehoods and misstatements. According to the Washington Post, in 2018, he made 15 false claims per day. Plus the schoolyard ad hominem against his critics. Plus his attacks on the press, the judiciary, the Congress, the intelligence community, the Justice Department and NATO. Plus his nakedly racist and unconstitutional statements and actions, blocked again and again by the courts. Plus his embrace of dictators in Russia, North Korea, Philippines and Turkey (and, this just in, now a fascist in Brazil). Plus his sleazy business conduct. Plus his sleazy “charity.” Plus his hidden tax returns. Plus his unabashed misogyny.

These are all observable, and they are manifestly unique in the history of the presidency. This stuff is also not a figment of anyone’s imagination. The statements, the tweets, the insults, the executive orders, the firings, the defense of Charlottesville Nazis—they are all on the record and unfolding before our eyes. Yet when the media report on the wreckage, it’s seen as a smoking gun of bias and partisanship.

Has the press piled on Donald Trump? Of course it has. For that you can blame Donald Trump. It is simply an eyewitness account of historic… hmm… I was going to say “depravity,” but let’s just go with ineptitude.

Sarah Sanders wonders why we don’t report on Trump’s achievements, instead of focusing on Robert Mueller and Vladimir Putin and Stormy Daniels. Yeah, well, Dirk Koetter’s Tampa Bay offense gained more yards than any team in Bucs’ history. They still fired his ass.