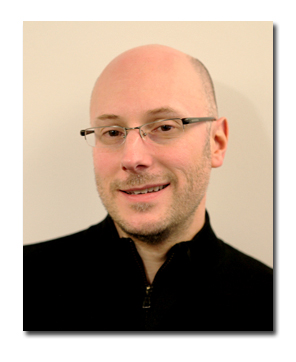 Mike Le Du is the CTO of Maxim publisher, Alpha Media Group. His deep digital experience includes a stint as VP of ISSUU and as CTO of SmartMoney. We asked Mike for his take on the digital landscape, in advance of his session at the June 4 min Day. There, he’ll be joined by Wired‘s New York Editor, Joe Brown and Michael Kress, the Executive Editor of Parents.com, for the session "Synching Up With the Multi-Screen Dilemma: Go Native Or Get Responsive?"

min: What share of all of your traffic is now coming from smart phones or tablets and how high do you expect it to go in terms of share? Are these mobile users behaving differently from your website users?

Le Du: Approximately 30% of Maxim.com traffic is from mobile devices, including tablets, and traffic has been steadily growing. Mobile is expected to continue to become a larger part of how people consume Maxim.com. There isn’t much variation in time spent, pages per visit or bounce rate between mobile and non-mobile visitors.

Le Du: Facebook has been the main social media traffic driver and creating original content specifically for Facebook is important part of building an audience there. Twitter and Facebook are both effective tools at driving participation in programs whether it’s signing up for Maxim’s Hometown Hotties competition or to vote for Maxim’s 2013 Hot100 list. We’ve built a successful franchise on Twitter called #hotpicatnoon where we re-tweet the best photos tweeted at noon with the #hotpicatnoon hash tag.

The 2013 Hot100 received over 8 million votes and social media was a key driver whether it was Maxim promoting the voting or the celebrities using their social media streams asking their fans to vote.

min: How important is video to your content mix? And what are your growth plans in that area?

Le Du: There should be tremendous opportunity for magazines to create and deliver video content to consumers. Cable providers are increasingly becoming disintermediated and It is only a matter of time until the majority of consumers get their television "over the top". Video content will be democratized in the same way the web changed publishing. This gives brands that are known for creating quality content (i.e. magazines) an opportunity to distribute content to the TV and mobile devices. Companies such as Microsoft, Google and Apple are positioning themselves for this shift and will be looking for quality content partners or will open marketplaces for publishers to distribute and promote content.

As I mentioned earlier, I see a lot of potential for video. At Maxim we’ve been very focused on expanding our video footprint. Our initial plan is to target the set top through video game platforms Xbox, PS/3 and eventually expanding to devices such as Roku, Sony Bravia, Philips, IPTV, Apple TV (when the platform opens up) etc.. Mobile is also a core component to this strategy and we’ve recently released a video based Blackberry 10 app and will look to target iOS and Android devices as well.

Mike and Maxim are at the forefront of multi-screen content strategy. At the June 4 min Day Summit, he’ll provide practical insights on how magazine brands can increase their exposure on, and profit from, a range of content delivery platforms.