How Magazine Publishers Are Cutting Print Costs to Improve Profits
From frequency changes and staff reorgs to automation and list cleanup, publishers are getting creative when it comes to ensuring long-term viability. 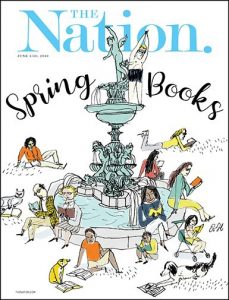 When it comes to improving profits at print magazines, there’s a tendency to focus on new ways of driving revenue. But while keeping a close eye on expenses can also have a significant impact on the bottom line, today’s environment often calls for a balancing act.

“We know that austerity doesn’t work,” says Erin O’Mara, president of The Nation. “We see that in countries and in businesses. If the cuts go too deep, they can strangle the ability to thrive. All potential expense has to be weighed against potential return, even if that return is down the road.”

Holding down costs means taking a look at expenses across the board, from little things like office supplies and catered lunches to big ones like printing and postage. At Wainscot Media, a custom publisher in the healthcare and luxury marketing spaces, the company has taken a committee-based approach to cost-cutting, bringing together representatives from sales and marketing, editorial, accounting and other departments to look for areas in which the organization can lower expenses.

“It’s a good approach, because then it’s a company-wide effort,” says CEO Mark Dowden. “Then when you put things into effect, they seem less draconian. They’re not coming from the top down.”

The trend toward fewer, higher quality issues carries on, as publishers continue implementing frequency reductions in print magazines, the most recent of which came earlier this month from Meredith Corp., who revealed plans to reduce Entertainment Weekly to a monthly schedule while making greater investments in its online platforms. 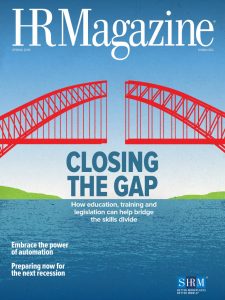 The Society of Human Resource Management had its eye on printing and postage costs when it decided to reduce HR Magazine from 10 annual issues to four. Even though the costs of producing each issue has gone up, since the quarterly issues are larger, overall costs have gone down. The organization has put out two quarterly issues so far, and the switch has been a success, says VP of editorial, Tony Lee.

“When you cut production by 60%, you don’t necessarily have a 60% decrease in freelance costs for writers or art, but we’ve come pretty close to doing that,” Lee says. “And we’ve been able to reinvest those dollars in digital initiatives.”

Publishers are finding ways to use automation to make their processes more efficient, whether that’s reaching potential subscribers, processing renewals, or even administering payroll. With the right automation program, not only do such efforts cut costs, but they’ll also free up circulation and marketing staff to work on other things that might require a more human touch.

“Small operational changes can mean a lot,” O’Mara says. “We use online banking and pay through an ACH, which, while by no means revolutionary, cuts down on paper use, postage, staff time and cost.” 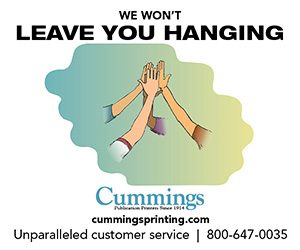 This article is sponsored by Cummings Printing.

The most painful cost-cutting strategy for most publishers, of course, is staff reductions. The pace of layoffs at print magazines appears to have slowed somewhat this year (though they’ve continued at newspapers and digital properties), but there have still been some cuts, including at Meredith, New York Media and, most recently, Pride Media.

Even magazine companies that aren’t implementing layoffs are looking closely at staff positions for ways to meet changing demands without increasing headcount.

“Ten, 15, 20 years ago, there wasn’t a need for a social media coordinator or engagement editor, a podcast producer or a newsletter editor or an online marketing manager,” O’Mara says. “We’re strategic in making sure that the mandates of staff jobs evolve to stay competitive and relevant in the marketplace. This means that the staff size doesn’t grow, but staff is deployed where there is a need.” 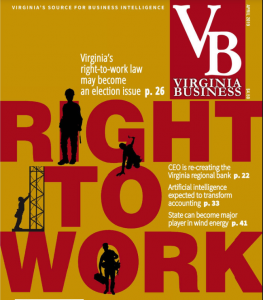 At smaller publishers, eliminating even a single position can have a significant impact. Virginia Business magazine publisher Bernie Niemeier decided last year after his accounting manager left that he’d take over the task himself (with help from an outside firm at tax time).

“I didn’t have a career path for that person, so the job was turning over every few years, and that cost me money to replace,” Neimeier says. “I just learned Quickbooks and started doing it myself. That position, with benefits, is close to $60,000, so that’s a nice saving to the bottom line.”

As advertisers increasingly demand data, the quality of a publisher’s list has become more important than the size of it, in most cases. Developing a more focused list not only makes publishers more appealing to advertisers, but it provides an opportunity to cut down on the cost of printing and mailing issues to less valuable, unengaged subscribers.

“A lot of investment has been made on the subscription side around acquiring more profitable subscriptions and swapping out lower-margin source subs,” reported Meredith’s president and CEO, Tom Harty, on an earnings call last month.

That can be a more efficient method of reducing printing and postage costs than cutting frequency, says Dowden.

“You still have your issues, and you’re telling your story in the marketplace,” he explains. “Cutting circulation is sort of an invisible thing. You’re not cutting editorial quality or the number of pages. Even when you tell advertisers, it doesn’t bother them. You’re cutting the least important parts of circulation and trying to do a better job for the core subscribers.”

Publishing executives say that keeping contracts to a few years or less, negotiating frequently and shopping around with other vendors is key to preventing costs from creeping up. They shared stories of recent costs savings on rent, employee benefits and tech providers via negotiations.

Niemeier prefers to limit contracts with his printer to three years and to start negotiating the new contract at the start of the third year.

“That gives you time to negotiate, and you can even start the new contract early,” he says.

“As long as you’re careful about geography, you can publish the same editorial either with no alterations or with light customization across titles,” Dowden says. “That’s been a way for us to grow efficiently. You’re increasing productivity without demanding more work from people by syndicating content and publishing it across multiple channels.”

For more on this topic, attend the session, “How to Reduce Print Costs Without Sacrificing Quality,” at the Folio: Show, this October in New York.