A Magazine Manufacturing Vet Looks Back on 37 Years of Innovation
Cygnus' Tom Martin shares his thoughts on magazine production. 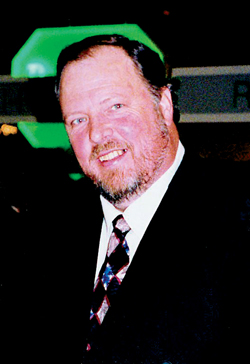 At the end of 2011, Tom Martin, vice president of manufacturing operations at Cygnus Business Media, will retire, capping a 37-year career in the magazine business.

"The production business continues to change as publishers look for ways to control costs while maintaining quality," Martin said in an announcement of his retirement. "The past five years have had more challenges and complex issues than my entire 37 years at Cygnus. It’s been exciting and at times difficult, but I feel extremely fortunate to have been part of its lifecycle."

In a FOLIO: Q&A, Martin shares what he considers to be the biggest advancements in magazine manufacturing, the challenges of the new dual print/digital workflow (and why digital isn’t necessarily less expensive), and how he’s managed to save 7 to 8 percent on paper costs year-after-year.

FOLIO: Please offer some thoughts on the evolution of magazine manufacturing and operations. What have been the biggest and most beneficial advances? Why? How did that affect your role at Cygnus?

Tom Martin: From 1990 to probably 1998-2000 was the biggest jump for production technology and methods. It was all about the front-end of the business, all the pre-press of the business. At that stage, computer-to-plate was the biggest and most beneficial advance. Almost all the efforts of every operational director were spent on getting into CTP, understanding CTP, changing software once, twice, three times, whatever it took to work.

Once the front-end was figured out, most operational people were pushed to the back-end of the business. Now you’re looking at paper, binding, and most definitely the number one problem today, postage. Our biggest focus now is trying to control the costs of paper and the unrealistic, high-end cost of postage in today’s marketplace.

That doesn’t mean we’re not trying to keep up with technology. At the same time, printers were putting in all-new presses and now everything is running on high-end equipment. Everything is one-third the time it used to take and is 80 to 85-percent of the cost. Today, we publishers are working a dual digital production operation workflow. One, we’re working a digital workflow for print. Two, operational people and production people are working a different digital workflow for online or interactive products. Publishers are now at the stage where they need to scale those digital-print workflows and digital-online workflows so that we can bring the functionalities together better.

Keeping in mind the digital online workflow probably changes three times as quickly because of software, because of method, because of the business model. From an operational cost standpoint, when I look at digital online workflow, it can be as expensive as print with only 50 percent or 60 percent of the revenue structure to it. You don’t have the three Ps–paper, printer, postage–but if you lose 30 or 40 percent of your revenue, you’ve got something that costs as much from a personnel standpoint, as does print.

When you look at structures, every b-to-b magazine company realizes the best marketing vehicle for their digital products and events is the magazine. However, they must keep that print audience engaged with a total host of platforms: print, online, video, apps, whatever. You can then start to monetize additional revenue streams, marketing services, e-commerce and so forth. The relationship between operations and interactive, sales and marketing is so much closer today than it ever was in the early stages of print.

FOLIO: How do operational people prepare for the next step? How do they push their career forward?

Martin: Become a lawyer. Seriously, understand the major media operational methods and study and incorporate entrepreneurial ideas. Don’t be stuck on one end of the stick but understand the whole gamut of how and why things are done. The biggest challenge in my opinion for magazine companies is that when it comes to digital publishing, cheaper software and low-cost entries level the field no matter how much money and people you put against it. The entrepreneurial guy probably has as much chance to survive as large media companies. In some cases, depending on how you look at the system, they’re probably more motivated to survive than most people at major organizations. Don’t get me wrong, people at major media companies do a great job. But upper management in media companies today must change the thought and mind culture of their personnel to be more like that independent structure. Larger companies should use their basically superior content and move it over to new formats that the independents give priority to first.

FOLIO: How are you dealing with paper and postage costs?

Martin: We buy a good portion of our paper from a secondary broker structure. I can tell you right now, across the board, if you were looking at paper today, 40-pound #5 is running $46, $47 dollars on the open market. We don’t purchase all our paper from the secondary marketplace but we do purchase 75 percent to 80 percent. Cygnus spends $3 million+ on paper per year. By doing that versus the open market or direct from a mill, we probably save in the neighborhood of 7 percent or 8 percent. It’s a little more headache with structuring, but paper as a commodity right now hasn’t moved that much.

FOLIO: What are some of the best practices you’d recommend for other operations executives?

Martin: Make sure you are in true partnership with your main vendors, namely the printer and the paper supplier. Two, listen to your production staff. Most of the time the in-house production staff has great insights into the problem even before you know what’s going on from a management standpoint. Then as a manager you can make timely changes rather than trying to make corrections further down the line.