LSC Communications Files for Chapter 11 and Raises $100M in Liquid Capital
Restructuring plan begins after it already announced the closure of 8 manufacturing facilities in January. 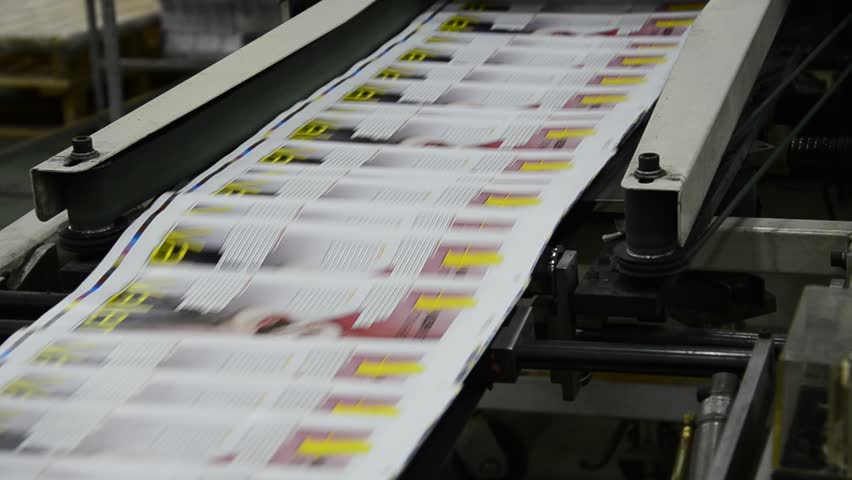 After weeks of credible speculation and reporting, LSC Communications announced clarity around its reorganization plans, which includes filing for Chapter 11 bankruptcy with the Southern District of New York.

The company was left with few options after accumulating at least $893 million in debt, and a balance sheet that saw continued declines, capped off by a 17% year-over-year drop in revenue in the fourth quarter of 2019, and down 15% overall last year compared with 2018.

According to a company statement, it has “sufficient liquidity to continue operating its business,” which should have several publishers across the U.S. breathing a sigh of relief, at least for now. LSC is the largest book printer in the country, and also boasts a sizable clientele of magazines.

In addition to filing for bankruptcy, the company secured $100 million in additional cash in debtor-to-possession financing from a consortium of lenders. It has also filed a number of “customary motions” to ensure it maintains business as usual and doesn’t fall behind in vendor payments.

We previously reported that the failed merger with Quad/Graphics last year left LSC in a vulnerable position and that the company was closing as eight of its manufacturing plants across the country as one step forward in its plans to stabilize the organization. This was again addressed again by CEO Thomas Quinlan in today’s statement.

“Since the termination of our merger…  [we] have taken proactive and aggressive steps to improve our overall cost structure and streamline our manufacturing platform while continuing to pursue new business opportunities,” he said. “During that time, we have closed, or are in the process of closing, eight facilities, won new contracts and delivered on our commitments to our clients and vendors”

The facility closures shouldn’t immediately give magazine publishers cause for concern, as LSC assures them they have the infrastructure and capability to fulfill their business needs, a company spokesperson tells Folio:.

Among those who may be concerned are the company’s 19,500 employees, but no word yet on how the restructuring plan will impact the staff.

Prior to its Chapter 11 announcement, the company said it had $105 million in cash on hand, so it has nearly doubled it’s liquid capital in light of the additional cash it secured. According to its filing, the company reports holdings of $1.6 billion in assets and $972 million in liabilities. It’s most outstanding debt is roughly $50 million in employee pensions, plus more than a handful of vendors who have outstanding payables in the seven-figure range. The Chapter 11 restructuring plan does not include its subsidiaries in Mexico and Canada, which are, however, included in its asset valuation.

Further, the company’s publicly held stock (LKSD) has been devalued significantly over the past five years. Falling from over $37 in 2016 to 3.4 cents per share at time of press, with a market cap now of just $1.09 million, despite revenues that reach over $3 billion annually. Comparatively, its primary competitors Quad/Graphics (QUAD) and RR Donnelley (RRD), are also steeply trending downward, but are trading much higher at $3.35 and $1.41, respectively.

CORRECTION: Initially it was reported the company employed 22,000, however it is currently 19,500. Additionally, a company spokesperson said the eight facilities closing were already underway and not part of the Chapter 11 restructuring and will not impact its magazine publishing partners.