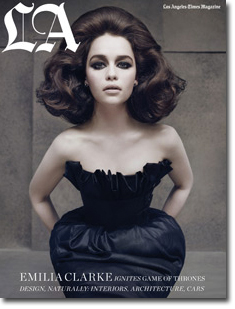 The Los Angeles Times is shutting down its monthly Sunday magazine, LA. The last issue will be June 3rd and the closure comes after attempts to recast the publication through frequency reductions, management shifts and editorial change-ups.

Kathy Thomson, president of the Los Angeles Times, announced the closure in a blog, writing, “The entire magazine industry has been faced with a very challenging environment. We are not immune to the challenges and have made the decision that LA, Los Angeles Times Magazine will publish its final issue on June 3rd.”

In the meantime, a new quarterly product covering luxury, design, fashion and style is currently in development. “The publication will highlight seasonal trends and occasions with print, digital and mobile iterations intended to further enhance our feature coverage and deepen our connection with our members and advertising partners,” says Thomson.

Once a weekly produced by and distributed with the paper, the magazine transitioned to a monthly frequency in June 2008 and shifted to an editorial model separate from The Times and with its own editorial staff. At the time, the title was losing money and became unsustainable as a product published via the paper’s newsroom, which was under resource constraints of its own. Instead, The Los Angeles Media Group opted to spin the magazine off as a separately produced product, but still distributed inside the paper.

A spokesperson at LA declined to elaborate on Thomson’s announcement.