Looking for Someone to Blame for the Industry’s Implosion? Try Editors
It’s not just the economy, stupid. 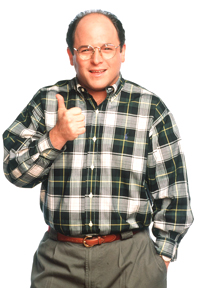 You know how you have that friend who you love to rile up about sports or politics because they get a little crazy? My friend Inez likes to do that to me on occasion, especially about magazine publishing. She informed me that an editor-in-chief—an incompetent, sweaty moron (think George Costanza without the charm)—begged off on proofreading his own work because…well he just didn’t like proofreading.

As she expected, I went off on this guy who never demonstrated any sort of vision or leadership at a major publisher’s b-to-b arm (which no longer exists). And yet, this guy was an editor-in-chief at this very well-respected company for years and years but he wouldn’t copy edit.

I spoke to another friend who still works at one of my former b-to-b haunts. We talked about cutbacks, doing more with less, yadda, yadda, when she mentioned her associate editor with a journalism degree from NYU who couldn’t write! She also has the burden of a publisher who now has to take over part of a territory after a salesperson was let go. Problem is, the publisher doesn’t like to make phone calls and gets in a bad mood by 10 in the morning and simply calls it quits!

To use Gossip Girl parlance: WTF!?!?

There are many tales of a top editor who prefers to work from home two, three, four days a week but calls in to get a status report from her managing editor—while the ocean can be heard in the background.

I think a lot of top editors find it way too easy to rest on their laurels, i.e., “We have to keep Sally—she knows the industry so well and everyone loves her!” Sorry Sally, but when was the last time you spearheaded anything remotely innovative?

The problem that a lot of editors, and thus, magazines, have is that the attitude of “this is how we’ve always done it” permeates the culture. Nobody is willing to take chances when they can continue to get their 3 percent annual raise, work 17 hours a week in the office, and not have to do any heavy lifting, mentally or physically.

What has always baffled me is when editors are content with the status quo. However, a magazine is dynamic—if it’s not growing or changing then it’s dying. I’ve seen that time and time again, especially at some of my past publications, many of which have died painful, pitiful deaths—usually because the top editor was fine with things just the way they always were when they first started at the magazine 20 years ago!

Every time I’ve taken over the helm of a different publication, I have tried to do at least one thing to enhance it—whether it was a design overhaul for one industry’s leading voice, re-focusing editorial (and thus increasing ad revenue) for an association publication, or simply including new topics and ideas for a lifestyle magazine. Luckily, they were all successful but as an editor if I can’t bring a new voice and make the magazine better than it was before, why was I hired?

Editors should make an effort to reach out to a new audience, re-focus the overall editorial direction, bring in new writers, photographers, artists, and others to infuse a new vibrancy to what might be a staid title. I’m certainly not recommending a redesign for redesign’s sake; I’ve seen that blow up in a magazine’s face more than once. But, for crying out loud, do SOMETHING.

Something that you feel will enhance the magazine, engage your audience, or be a boon to your advertisers. Get off your hands, pull your head out of the dirt, and remember what it was that made you get into this field in the first place. Otherwise, learn the difference between “large” and “super-size” because you’re deadweight in the magazine industry’s future.

Failure is not as disgraceful as simply not trying.