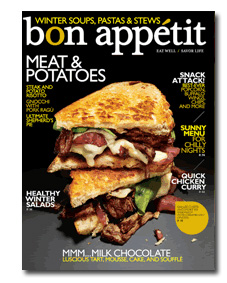 Pack up your knives and cutting boards. In an effort to enhance efficiencies and consolidate assets, Condé Nast plans to relocate Bon Appétit from its editorial headquarters in Los Angeles to New York City later this year.

In announcing the relocation, Condé Nast says that longtime editor Barbara Fairchild will be stepping down as editor-in-chief but will stay on through the transition to New York when a new editor is expected to be named.

Condé Nast also says Fairchild will continue to work on “future projects” for the company but did not indicate what those projects might be. Fairchild joined Bon Appétit in 1978 as an editorial assistant and has served as editor-in-chief since June 2000.

In regard to the consolidation of assets associated with the relocation, a Condé Nast spokesperson says the company is still working out its staffing situation, including any layoffs. “The announcement was just made today so we are beginning to talk to staff about the transition and the search for a new editor-in-chief,” the spokesperson says.

Through the first half, Bon Appétit grew its advertising pages 3.2 percent to 288.97 pages, according to PIB figures. Estimated ad revenue jumped nearly 14 percent to $41.6 million.