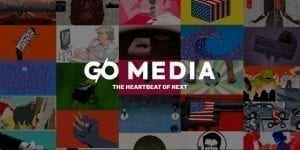 The editor-in-chief of Lifehacker and a union representing staffers at the site each blasted parent company G/O Media on Friday for firing the site’s travel writer, Imani Bashir, without severance pay after finding that it was unable to continue employing her as a non-U.S. resident.

In a statement on Friday, the GMG Union, which represents staffers at several former Gawker Media sites now under the G/O Media umbrella, said the company made this decision despite being fully aware of Bashir’s international status when she was hired just four months ago.

Reached for comment on Monday, a rep for G/O Media disputed this, telling Folio: that Bashir was hired “on the assumption that she would be residing in the United States,” and that the company determined that it could be in violation federal law by continuing to employ Bashir while she is based outside of the country.

Bashir says she was up front with G/O Media at the time of her hiring, writing Friday, “I was 100% transparent about my plan to never move back to the United States.”

G/O Media notified Bashir of her termination in an email Friday afternoon, and within 10 minutes had cut off access to her computer, company Slack channels and her email account, the union said, details which Bashir confirmed in a series of Tweets over the weekend. G/O Media did not deny the allegation that Bashir was let go without any severance pay or temporary extension of healthcare benefits.

On Friday, Lifehacker EIC Alice Bradley, who was promoted to that role just last month, called the decision “outrageous” and accused management at G/O Media of going behind her back to fire Bashir.

In her first article for Lifehacker, published March 25, Bashir was open about her international lifestyle, referring to her family as expats and writing that since 2015, she had lived in Egypt, Poland, China and the UK. Currently residing in Mexico, Bashir had published new content almost daily since joining the site, penning more than 80 articles altogether.

Asked why it took nearly four months for G/O Media to reach the decision to terminate Bashir despite ample evidence, including in her writing for Lifehacker, that she was not living in the U.S., the spokesperson said the company had been consulting with law firms about the situation to determine its options.

“Federal employment law required us to take this action,” the spokesperson said. “While we are saddened at this outcome, we had to heed advice from external counsel to avoid breaking U.S. and international labor law. The company cannot accommodate [Bashir’s] Mexico-based employment and has invited her to resume her position in the U.S., per her employment offer.”

In a column for The New York Times in May, Bashir wrote that she left the United States in 2015 after the death of Sandra Bland in police custody, “willing to try anything to escape becoming another hashtag,” and later met her husband in Egypt, and was living in Poland when the couple had a son in 2017.

“Not only did G/O Media fire a member of my team without alerting me first, they offered her exactly no severance, and no health insurance,” Bradley, the editor-in-chief, wrote on Twitter Friday. “In the middle of a global pandemic. Knowing she’s the sole provider for her family, and that she has a three-year-old son.”

Formed by the private equity firm Great Hill Partners, which acquired the former Gawker Media brands from Univision in April 2019, G/O Media has been the subject of frequent public criticism from staffers at the sites in its portfolio for several months, with perhaps the most notable episode being a conflict over editorial direction at Deadspin, whose entire staff resigned in protest last October.

In January, 125 members of the GMG Union, or 97% of its overall membership, cast a vote of no confidence in G/O Media CEO Jim Spanfeller, citing a “totally avoidable but nonetheless catastrophic rift between staff and management.” More recently, Kotaku‘s longtime news editor, Jason Schreier, left the video gaming-focused site after eight years in April, citing G/O Media as the primary motivation for his departure.

This article was updated Monday evening with responses from G/O Media.

Hello world. I was FIRED today (at the end of the day on a Friday) as the first ever Travel Writer for Lifehacker.

Take a look at this awesome thread from @gmgunion & any Editors I’m looking to write about it! REACH OUT! I have free time. ✊🏾 https://t.co/hd1ikHXId4

There are a tiny handful of garbage people at this company and NONE of them are on the Lifehacker team. Imani was not fired by her boss, nor even with her boss’s knowledge. Just dumped by management. We are fighting to get her back. https://t.co/G1lU8RCDAo