Lee Enterprises Reverses Course, Un-Hires New Publisher After Tweets Surface
McArthur's online activity was primarily brought to light by a reporter at an alt-weekly the company shuttered earlier this month. 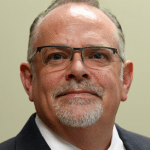 A day after announcing the hiring of GateHouse Media senior VP Paul McArthur as regional publisher overseeing four Montana-based news outlets, Lee Enterprises has reversed its decision, confirming that McArthur will not be joining the company after all.

A spokesman for Lee Enterprises declined to give a reason for the decision when reached for comment, but it would appear the likely culprit is McArthur’s public Twitter account, from which he has expressed his opinions on a range of topics such as Islam and the appearance of flight attendants, and from which he more recently liked a Tweet from NRA spokeswoman Dana Loesch quoting commentator Dinesh D’Souza labeling media “the enemy of truth”—a sentiment generally frowned upon in the media business.

When reached by Folio:, McArthur said he was unable to comment at this time. GateHouse Media did not respond to a request for comment.

Several of the Tweets have been deleted, but McArthur’s likes—which at press time were still publicly visible—represent a general who’s who of far-right Twitter personalities, including Loesch and D’Souza and also the actor James Woods.

McArthur’s online activity was primarily brought to light by Derek Brouwer, a former reporter at the Missoula Independent, who seems to have conducted this particular investigation pro bono given that Lee Enterprises shuttered that paper earlier this month amid a unionization effort within its newsroom.

As it has been so many times in recent months, the prevailing lesson for media companies is once again reinforced: for the love of God, vet social media activity before bringing on a major new hire.