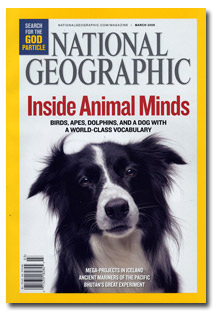 The layoffs that have devastated the magazine industry in recent months show no signs of slowing downbefore the year-end holidays.

This week alone, there have been a smattering of layoffs at some of the more prominent consumer titles—and the numbers, across departments and disciplines, are not insignificant.

National Geographic laid off 13 staffers on the magazine’s editorial department, a spokesperson confirmed with FOLIO: today. Whether more cuts should be expected wasn’t immediately clear.  It’s also unclear whether these cuts were part of a rumored 5 to 10 percent staff reduction companywide, according to a Gawker report. The spokesperson declined to say whether the layoffs were part of a larger cost-cutting initiative other than to say the company is “looking into all of its business units.”

The Economist Group, whose magazine is the only newsweekly in the troubled category to show ad page growth, laid off about a dozen employees in North America, according to a report in Ad Age. Most come from the Economist Intelligence Unit, the company’s business-to-business publishing operation.

Also this week, Doubledown Media, publisher of Trader Monthly, Air, Dealmaker, Corporate Leader and Cigar Report—all targeting Wall Street elite—laid off a dozen staffers and “three others were placed on furlough,” according to the New York Post. Meanwhile, 10 executives have been asked to take 50-percent pay cuts through January.

And the reported 600 layoffs at Time Inc. are continuing to be executed by the mega-publisher—the latest at Entertainment Weekly, where at least 15 staffers—as many as 25, according to the New York Observer—were shown the door.