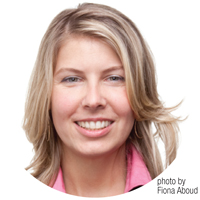 Kim Miller capped off her tenure as marketing director for Time Inc.’s Real Simple with strong numbers. In 2008, unique monthly users for realsimple.com rose 64 percent compared with 2007, to 1.8 million from 1.1 million, according to Omniture. Overall page views jumped 34 percent during the same period. Subscribers to Real Simple’s various e-newsletters grew to 1 million from 400,000. Paid circulation for the print issue grew from 1.9 million to 1.95 million.
Miller, who joined Time Inc. in 2000 working in Money’s consumer-marketing department, spent six years at Real Simple. Last fall she was named VP, consumer marketing, People StyleWatch, heading up audience development for the People group of sites. Now, Miller hopes to harness her success at Real Simple to the People sites, including People.com, Peoplestylewatch.com, Celebrity-babies.com, PeoplePets.com and Peopleenespanol.com.

Miller attributes Real Simple’s tremendous growth in 2008 to a marketing strategy that blended both print and online assets. She added more how-to videos online featuring the kind of information on health and wellness that Real Simple readers crave, pumping up the cross-promotion between print and the Web for an annual online sweepstakes, sponsored by The Container Store, in which the winner gets a closet makeover.

The launch of the annual Real Simple Weddings in January 2008 was marketed with a keyword campaign (wedding tips, dresses, etc.) and an online sweepstakes awarding a “dream honeymoon.” Throughout 2008, 2.8 million users (15 percent of total unique visitors) visited realsimple.com for its wedding content, Miller says.

“You have to determine if you’re filling a need,” she says. “If there’s a need in magazines there’s probably a need online and that’s where the success is.”

She adds: “We’re using print assets to create awareness of additional content and/or interactive tools and getting consumers to round out their media-consumption habits by visiting the site as well as reading print.”

VITAL STATS: Unique monthly visitors for RealSimple.com grew 64 percent in 2008 from 2007, according to Omniture.