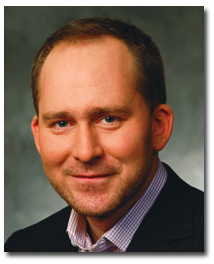 Also leaving Ad Age is senior editor Matthew Creamer, who is following Bloom to Breaking Media. He will serve as executive editor.

“Breaking Media has already started building a model that Matt Creamer and I had been talking about for a while,” Bloom [pictured] wrote in an e-mail to FOLIO:. “So much of the audience today is getting their business information online, and there are an increasing number of ways you can serve and monetize those communities. Breaking has a great opportunity to be one of the publishers reinventing business journalism and b-to-b marketing, totally unencumbered by any legacy or preconceptions about how it should operate.

“We both love Ad Age,” he continued, “but we’ve been covering this stuff for a while, and we really felt now was a great time for us to go and do something a bit more entrepreneurial.”

The Breaking Media network includes the Above the Law, Dealbreaker, Fashionista and Going Concern blogs.