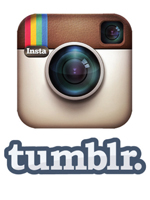 Takeaway: In a pair of $1 billion deals, Facebook and Yahoo highlight mobile’s increasing power in the media mix.

If you can’t beat ‘em, buy ‘em. That sentiment emerged out of a pair of $1 billion deals in 2012 and 2013 that sent up signal flares that the rest of the media industry paid close attention to. In Facebook’s acquisition of Instagram and Yahoo’s purchase of Tumblr, the deals signaled a shift in online engagement to image-based content with an emphasis on mobile utility. The deals also revealed how quickly established digital media companies can seem like their more traditional cousins who have been acquiring promising startups to bolt on new technology in an effort to keep up with online user preferences and habits.

But the takeaway for both of these deals is mobile. At the time of the Instagram deal, Facebook had been under fire for having what seemed like a weak mobile strategy. And for Yahoo, Tumblr gave it an instant social platform that, again, was growing very quickly on mobile.

Audience size is another key factor. When Facebook bought Instagram, the photo-sharing platform had 30 million users. It now counts 150 million active users. Tumblr now has about 138 million blogs. Both deals point to how quickly communities of users can form around a platform—and that has a big impact on how content is engaged with and shared. Media companies have responded by both using the platforms heavily and incorporating image-heavy content tactics.

BACK TO INDUSTRY INFLUENCERS