Informa Cuts Executive Pay, Suspends Dividends and Issues New Equity
The exhibitions giant outlined a series of actions it's taking to account for the "significantly deeper, more volatile" than expected impact of COVID-19.

The world’s largest exhibitions organizer, London-based Informa plc, outlined on Thursday morning a series of emergency actions it’s taking to alleviate the impact of the COVID-19 pandemic on its events business, which drives nearly two-thirds of the company’s overall revenues.

Noting that the effects have been “significantly deeper, more volatile and wide-reaching,” than was initially anticipated, the company says it’s temporarily suspending dividends, cutting executive pay and issuing new shares worth about 20% of its total existing capital in an effort to strengthen its balance sheet and reduce its approximately £2.4 billion ($2.9 billion) in debt to £1.4 billion ($1.7 billion). Further, Informa says it’s engaged in “constructive discussions” with its U.S.-based debt holders over a covenant waiver agreement.

“Since the beginning of 2020, the impact of the COVID-19 pandemic has become progressively deeper and more far-reaching than initially predicted,” said CEO Stephen Carter in a statement. “We have continued to adapt and respond quickly, always prioritizing the safety of colleagues and customers, making decisions for the long-term value of our brands and businesses and seeking to preserve jobs and invest in our intellectual property.”

Informa says it’s achieved more than £130 million ($162 million) in savings in part by pausing company-wide recruitment, salary reviews and merit raises and suspending its sabbatical program. Additionally, Carter and CFO Gareth Wright are giving up 33% of their respective salaries, while the rest of the executive management team will see their pay cut by 25%.

To date, the company says it’s postponed more than 400 total events in 2020, and canceled 60 others, representing more than £610 million ($759 million) in lost or delayed revenues. 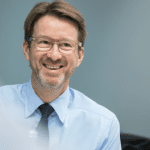 “This reduced level of activity is now expected to stretch through the second quarter and much of the third quarter, with a gradual and phased recovery from Q3 into the final quarter of the year,” the company said in a statement.

Meanwhile, it says its Informa Intelligence division and journal publisher Taylor & Francis, which together make up its subscriptions business and account for the remaining 35% of its overall revenues, remain “resilient and predictable,” with “strong subscription renewals” and “positive annualized contract values.”

“Informa’s portfolio of resilient subscriptions businesses and leading B2B brands remain well positioned for future growth on the other side of the COVID-19 pandemic,” added Carter. “Today’s actions, including an equity placing with full participation from the Group’s PLC Board and Executive Management Team, provide stability and strength, ensuring the focus remains on our customers and building further long-term value for shareholders.”