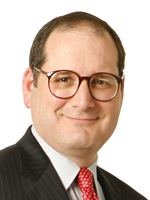 ALM—formerly American Lawyer Media—will drop the ALM name and operate under the brand of its U.K.-based parent, Incisive Media, the company announced today.

ALM divisions such as Real Estate Media and Insight Information will use the Incisive brand while individual products—such as The American Lawyer and Law.com—will retain their current brands.

CEO Bill Pollak [pictured] says suggesting the name change came from his team rather than Incisive. “We had too many layers of brands,” Pollak told FOLIO:. “I found myself introduced at one of our conferences as president and CEO of ALM and I was there to talk about the new headquarters for Incisive. Our customers recognize our product brands and above that we need one single corporate name.”

And while Incisive’s $630 million acquisition of ALM last July gave it a major platform to build on in the U.S., the name change reflects a focus on taking ALM’s products abroad. “This will make it a lot easier to expand our footprint beyond our current markets,” Pollak said. “We’re always interested in add-ons to our legal portfolio and one of our priorities is to look for companies in the financial risk and insurance spaces that would fit what Incisive is doing in London. But for us here, the priority is how do we take something like American Lawyer to Asia?

The company also will consolidate its existing New York City offices, including three ALM offices into 120 Broadway and a back-end operation at 4 MetroTech Center.

‘Behind Our Budget But Ahead of Last Year’

Incisive’s acquisition of ALM effectively doubled the company’s total revenue to $500 million and with ALM generating $200 million in estimated revenue and $50 million in EBITDA, was considered one of the top deals of 2007.

In April, ALM revealed it too was feeling the pressure from the credit market and a faltering economy, laying off 42 employees, scaling back plans to turn Real Estate Media’s Florida publication into a monthly, closing the operations department of Incisive’s Norwalk, Connecticut office, and making Law Firm Inc. magazine digital-only. Incisive took more direct control of ALM’s Events Division, with management of ALM’s SRI conferences shifting to Insight in Canada, Incisive’s Events Group in London and ALM’s Legal Publishing Division. Many of SRI’s financial events were also eliminated.

“The overall company has weathered the storm reasonably well,” said Pollak, who added that he doesn’t anticipate further staff reductions this year. “The bulk of the U.S. business is in the legal market, which has performed comparatively well. Commercial real estate has been battered. We’re behind our budget but we’re still ahead of last year.”

Pollak says ALM is a “bit over” $200 million in revenue now and that digital represents about 8 percent to 9 percent of overall revenue. “Digital continues to grow and we’re investing heavily online because it is growing and we need the growth, and it’s clearly the future,” Pollak said. “But right now it’s not as significant as print advertising or subscriptions.”