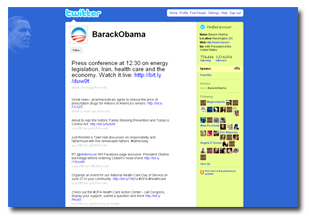 A couple years ago, when YouTube and Facebook were leading the buzz-y social media charge (not Twitter), plenty of magazine publishers, envious of their size, traffic and influence, would talk at length during publishing conferences about their plans to create Facebooks and YouTubes for their own verticals.  (For some background, see this FOLIO: 40 profile.)

And while some still are, many—particularly those overseeing general interest titles—have given up that dream of building their own platforms from scratch.

I recently spoke with Rex Hammock—Hammock Publishing CEO, noted blogger and something of a serially early adopter of social media tools—for an upcoming FOLIO: case study on custom publishing, and the subject came up once again.

I asked him if there were any risks for an association publisher trying to pull off a social media initiative. His response was worth posting in its entirety:

As with doing anything, from holding a meeting to publishing a magazine, there are risks with a company or an association initiating a social media initiative. And I don’t mean the kind of risks most marketers, publishers and editors fear regarding people saying negative things or acting in an inappropriate ways. Those are easily managed risks. The more serious risks are getting lost in the objectives of what you’re trying to accomplish by focusing too much in the early stages on the technology or tactics of social media and not focusing on the strategy and business-specific goals you want from the initiative. I apologize to my friends in IT, but the easiest way to doom anything related to social media is to start off talking about technology and features and platforms. I tell clients, "If Obama won the presidency using Twitter, Flickr and YouTube, then why do you need to build a platform from scratch?" If an IT person is in the room, they always have a reason that has something to do with integration into a legacy CRM or something. If you start out with "integration with your legacy CRM" as a social media goal, there’s a high degree of risk that you’ll fail. And there’s a 100 percent chance you’ll not have anything to show for six months to a year.