‘House Beautiful’ Contracts ‘Business of Home’ for Guest Column
How a consumer magazine and a trade publication are leveraging an audience overlap for a mutually beneficial collaboration. 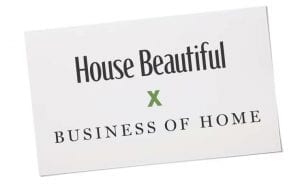 Like any serious entrepreneurial endeavor in the media business, Business of Home was born in 2009 out of the recognition of an underserved audience.

Its founder and president, Julia Noran Johnston, who at the time had been working at Hearst Magazines, on the business side of Veranda, for five years, noted that advertisers in shelter magazines increasingly wanted to reach design professionals, a valuable audience subset with considerable spending power, but one not necessarily core to large consumer glossies or existing trade publications serving architects or builders.

Retailers of home furnishings, like Pottery Barn or West Elm, Noran says, drive massive portions of their revenues from the design trade, a trend that’s extended over the years to DTC retailers as well.

“It was such a robust audience that no one was serving,” Noran Johnston says.

“It was kind of like we were Switzerland,” she adds. “We would support all of these magazines.”

“That was sort of the first time we had competition, so we decided to think about more ways that we could cross over with consumer magazines,” Noran Johnston says. “We thought about developing consumer content, but it just didn’t really make sense for us. It’s such a different skill set and business model that it really wasn’t going to be the answer for us.”

At the same time, BOH was seeing increased interest from consumer magazines who wanted to leverage BOH‘s trade expertise to serve the professionals among their readership, with the trade-off being that the BOH brand would be exposed to their much larger audiences, but Noran Johnston says consumer readers don’t really help her brand—even the increased awareness among consumers would be difficult to translate into revenue.

But in a chance meeting at Hearst Tower last year, House Beautiful editorial director Joanna Saltz approached Business of Home editor-in-chief, Kaitlin Petersen, with a mutually beneficial idea: a branded guest column, appearing both in print and online, which Hearst Magazines would pay BOH to produce.

“As more and more of the world becomes interested in the design universe, House Beautiful has been generally focused on opening the conversation up to everyone,” Saltz tells Folio:. “That said, now more than ever as the industry grows and changes, it’s important that we keep in touch with the trade—and no one does that better than Business of Home.”

After several conversations and months of collaboration between Petersen, Saltz, House Beautiful marketing director Carisha Swanson and House Beautiful deputy editor Amanda Sims, the idea came to fruition this week in the form of a four-page section in House Beautiful‘s April/May issue, the first of several that will appear in every issue of the magazine through the rest of the year, as well as on House Beautiful‘s website. 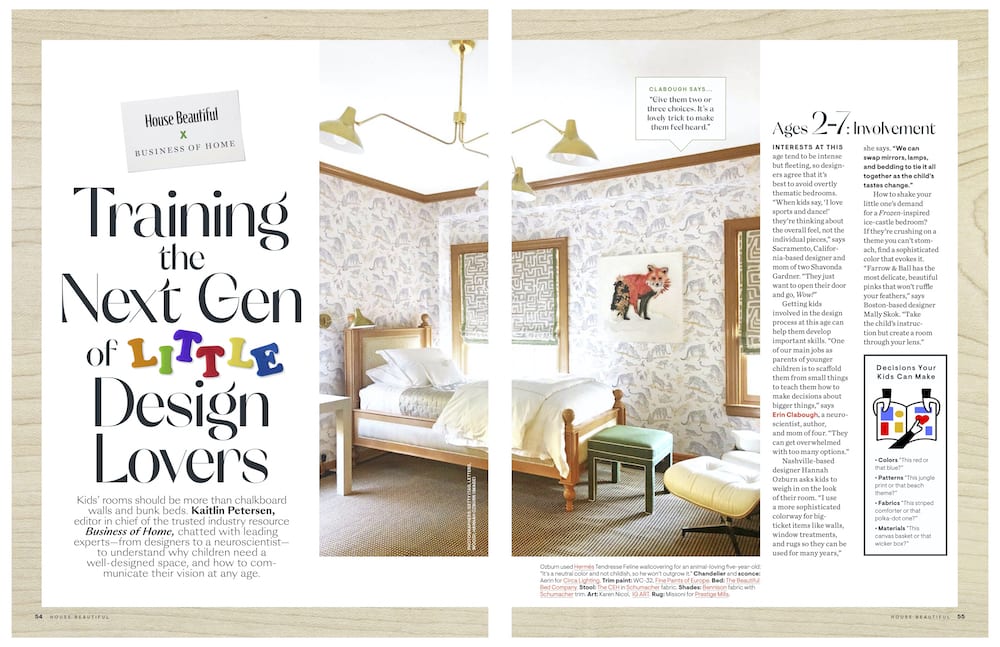 Every publication speaks to a range of readers, Petersen says, with BOH‘s focused on designers but also extending to retailers and manufacturers, the subsets that make up the broader design and home furnishing industry.

“House Beautiful is sort of on the opposite end of that,” she says. “They have designers and incredible design enthusiasts who are readers, and then they have people who just love design and beautiful spaces, kind of a DIY audience who is reading for inspiration. There’s something really wonderful about the fact that we have this one tiny sliver of overlap that is designers. House Beautiful has kind of been the bible of American home decorating for so long, and this section is a way of saying this is specifically for the designers.”

With an agreement in place and a target audience defined, the biggest challenge, Petersen says, was determining the right way to speak to them in a way that was additive and wouldn’t necessarily appear in the pages of either BOH or House Beautiful.

“At BOH, we don’t have to think about consumers understanding what we’re talking about,” she adds. “So translating that designer-focused content to something that would make sense to a consumer took a lot of steps. Finding that middle ground was a really interesting iterative process, to find out what we can add to each other’s expertise to make it work.”

Swanson and Petersen tackled it by mapping out a year’s worth of topics. The answer, at least for the first edition, involved going outside of the design world for expertise, with Petersen consulting a neuroscientist for insight on engaging young people in the design process.

“What seemed imperative to both of us was that we created content together that neither of us would really cover on our own,” says Saltz. “So it was interesting to see what they wanted to talk about but didn’t really feel permission to do so otherwise. This month’s column was the perfect example. The coverage would have felt out-of-place on their site but feels perfect within House Beautiful.”

Noran Johnston likens it to bringing a trade level of expertise to House Beautiful so that they could service the trade readers as well as design enthusiasts with the same content. Deeply covering an industry requires an entirely specific skillset and deep investment in editorial talent, she says, so partnerships make more sense than building something from scratch.

From Petersen’s perspective, it’s also about teaching consumers to be better clients to designers and a better part of the design process. Future editions, she says, will create more space for designers to share business practices and challenges they’ve faced when working with clients.

“There was something exciting about talking to the community in that vein, but for something that they knew hundreds of thousands of potential clients could read,” she says. “I thought the designers would have their guard up a little bit, but instead they were really excited to have a place to talk about what they wished their clients knew, in a really frank and funny and delightful way. I think that’s a really interesting perspective that we can bring. It’s designers educating the readers of House Beautiful on not just what makes a beautiful room, but what makes a beautiful collaboration with a designer.”

Apart from the revenue, another benefit for the BOH team is the opportunity to gain some business insights of their own, says Noran Johnston. She says BOH doesn’t see collaborations like this one as a threat, potentially creating new competitors, because they’re confident in the value proposition they offer to their advertising clients.

“If anything, we’re learning from their expertise in corporate sales about what we have and how valuable what we do is,” she says. “So maybe watching them and seeing what they do with it could be a good lesson for us.”