Hearst Names First VP of Experiential | People on the Move
Bustle taps Elle editor as its new EIC, The Week has a new SVP of marketing, Vice rearranges digital leadership and more. 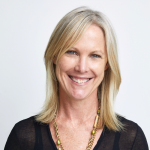 Hearst Magazines named Liz Morley-Ehrlich as its first VP of experiential and brand partnerships. In this role, she will work to help the company’s portfolio of brands invest further into experiential events and diversify their revenue streams by producing multiplatform programs, overseeing the development of commercial partnerships and customized events. She’ll also work to expand the Hearst Magazines UK events division, Hearst Live.

Morley-Ehrlich has nearly three decades of experience working in the experiential brand extension space, and recently served as the executive director of events and conferences at Billboard from 2013-2018. She also previously was on Wired’s start up team in 1996, and served as its director of marketing for nine years. Before that, she served as Vanity Fair’s creative services director for five years.

“Deepening the relationship with an audience and engaging them in new ways is more important than ever,” said Hearst Magazines president Troy Young in a statement. “Our branded events are best-in-class and, increasingly, a growth area for the company. Liz is both a brilliant producer and a savvy marketer who will help us create new and ambitious consumer-facing experiences that will surprise and entertain the millions of people who engage with our brands each day while deepening their connection to the brands they love.” 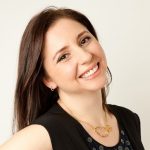 The Week named Lisa Boyars as its new SVP of marketing, a newly created role. Boyars joins the brand from Condé Nast, where she served as its VP of marketing and brand development, and prior to that, she served as the associate publisher of integrated marketing for The New Yorker. She also previously worked at Hearst, where she was the executive director of group marketing for the Men’s Group and helped to develop an enthusiast-led branded content studio.

In her new role, Boyars will work alongside chief sales and marketing officer Adam Dub in order to lead brand marketing and will work to create a unified approach to business and customer interactions. Additionally, Boyars will be tasked with spearheading new brand partnerships and branded content strategies, and developing new trade and consumer experiences. 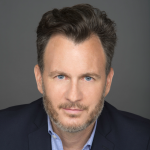 Meredith Corp. tapped JD Heyman as the new editor-in-chief of Entertainment Weekly as part of a broader reimagining of the brand. Heyman had previously served as deputy editor of entertainment for People since 2014, and had been with the magazine since starting as a senior editor in 2006. Full story here.

Elle’s executive editor Emma Rosenblum is joining Bustle Digital Group as the editor-in-chief of the Bustle, Elite Daily, The Zoe Report and Romper brands. This appointment follows about two months after founding editor-in-chief Kate Ward announced that she was stepping down from the company after six years at the helm. 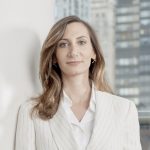 Rosenblum had been with Elle since November 2017 and prior to that, had served as the editor-in-chief of Bloomberg Pursuits and ETC editor of Bloomberg Businessweek. She has also held editorial roles at Glamour and New York magazine.

Following the ousting of two of Vice Media’s top digital editors—Vice.com editor-in-chief Jonathan Smith and managing editor Rachel Schallom—earlier this week, Erika Allen has rejoined the company as the new executive managing editor, according to Variety. Allen, who most recently was a culture editor for New York magazine’s The Cut, had previously served the deputy editor at Vice in 2017 and started with the company as a senior editor in 2015. She will report to the recently appointed VP of digital, Katie Drummond.

Vice also promoted executive editor of global Derek Mead to an expanded role, which will now give him oversight of the creation of a new features and investigations desk. He will also be tasked with leading technology, gaming and issues coverage. And former Vice.com international editor Meredith Balkus was promoted to associate managing editor of Vice Digital.

Other editorial hires for Vice News digital include:

Sarlina See was tapped as Penske Media Corp.’s new chief accounting officer, effective immediately. See has over 25 years of experience in financial leadership roles, most recently serving as the chief accounting officer, SVP of Global Eagle Entertainment. She has also worked for General Electric, Stanley Black & Decker and Hutchison Whampoa. Based in Los Angeles, she will report directly to chief operating officer George Grobar and chairperson and CEO Jay Penske.

BuzzFeed tapped Shari Cleary and its new SVP of research and insights. Cleary joins from Comedy Central, where she was the SVP of strategic insights and research and oversaw analytics and consumer insights across all the brand’s platforms. In her new role, she will be tasked with overseeing all advertising analytics and data driven thought leadership for the company. Based in New York, Cleary will report directly to chief revenue officer Lee Brown.

Denis Wilson, content director for Target Marketing, Publishing Executive and Book Business at NAPCO Media, announced that he is joining Comcast Business where he will lead content strategy as the senior manager and B2B content specialist. Wilson had been with NAPCO for six years, and prior to that, has served as the East Coast editor for Limousine, Charter & Tour Magazine at Bobit Business Media. Succeeding Wilson is Publishing Executive and Book Business senior editor Leah Wynalek. 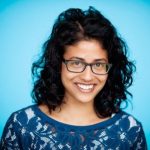 MIT Technology Review named Tanya Basu as its new senior reporter, tasked with covering the relationship between humans and technology. Basu joins the brand from The Daily Beast, where she served as its senior science editor since October 2017. Before that, she was a science editor for Inverse.com and a reporter for Time.

Former reporter for BuzzFeed News Blake Montgomery, is joining The Daily Beast to cover technology and the Silicon Valley in July. At BuzzFeed News, he covered breaking news, politics tech and social media, and before that, he served as a reporter and opinion editor for education B2B publication EdSurge.

The former managing director and editor-in-chief of Real Assets Adviser, Ben Johnson, is joining commercial real estate news company Connect Media as its new president. Most recently, Johnson served as the director of brand and communication at AssetMark, and has previous experience serving in several editor and publisher roles at Penton Media. 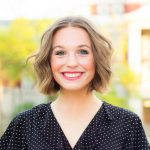 ALM named Samantha Stokes as a new staff reporter for The American Lawyer, as well as other ALM brands. She will be tasked with covering the national business of law news and will be based in New York. Most recently, she worked with the Midwest Center for Investigative Reporting, the St. Louis Post-Dispatch, Missouri Business Alert and the Columbia Missourian.

Time reporter Jennifer Calfas is joining the Wall Street Journal as a breaking news reporter. Calfas formerly was an intern with WSJ and since has been covering workplace issues for both Time and Money magazines.

Kathleen Chaykowski is leaving Forbes to join the investing app Robin Hood, where she will be a finance writer on its content team. At Forbes, she was a staff reporter covering tech for four years, and before that, was an interactive news writer at The Wall Street Journal.

Miguel Helft is joining content agency The Message Lab as its new editorial director. Helft most recently was the assistant managing editor and San Francisco bureau chief for Forbes but left the role in 2018 after three years with the magazine. He also previously served as a senior writer for Fortune, and as a tech reporter for the New York Times.

Harrison Miller started at Business North Carolina magazine as an assistant editor this week, according to a report from Talking Biz News.

Talking Biz News also reported that Isaac Carey is returning to Skift as a reporter, covering corporate travel and meetings. He previously was an editorial intern for the brand and had also previously interned for the Financial Times and The Hechinger Report.