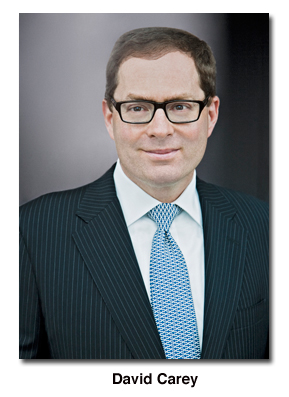 Hearst Magazines has 800,000 paying app customers, and 80 percent of them are new to Hearst brands, making mobile devices, including tablets and smartphones, a major new business for the company—and for the magazine industry, Hearst president David Carey said last week at the Mashable Media Summit.

And yet, at the same time, mobile remains both a friend and a foe, and print magazines remain the state of the art for certain kinds of media consumption—including young consumers, Carey said.

In a fast-paced but wide-ranging interview before 200 or so attendees at the conference, held at the Times Center in Midtown Manhattan, Carey pointed to the launches of the Food Network Magazine in 2009 and HGTV Magazine this year as proof of the enduring demand for new print product. In fact, Carey said, Hearst is likely to test another new print magazine next year. He did not indicate which market might be tested or the prospective brand, and Todd Wasserman, business editor of Mashable, who interviewed Carey, did not follow up.

“For glossy, high-design, tactile magazines, we are in an aspirational business and magazines will always be the preferred medium for inspiring those dreams,” Carey said. “These glossy aspirational things—they work great in print. Magazines transport you to a different place.”

Still, Carey said, Hearst is devoting a lot of effort to the tablet business especially. Cosmopolitan is the number-one magazine in the world on tablets, with 180,000 subscriptions, he said. What’s more, Hearst has an in-house app lab dedicated to understanding what consumers want in an app. “Do people want a whole new product, or do they want just a mobile version of a magazine?” Carey asked. “We’ve found that most people just want a mobile version of the magazine itself, with some enhancements.”

One of the challenges with mobile, Carey noted, is its all-encompassing nature. “One of the things we have to get our arms around is—next time you’re in a supermarket or a drugstore checkout line, look around you,” he said. “Ninety percent of the people used to be looking for Slim Jims or magazines. Now they’re glued to their phones. We have to figure that out. It’s a mobile world. We just live in it.”

The next horizon for Hearst is “frictionless e-commerce,” Carey said. “We see a click-to-buy process based on editorial recommendations. There used to be concern about the ethics of that, but those sort of orthodoxies have been set aside. Our goal is to sell the product. So why not have us participate?”

For more on the Mashable Media Summit see:

Edelman’s Rubel: Get Ready for a New Era of Hybrid Media