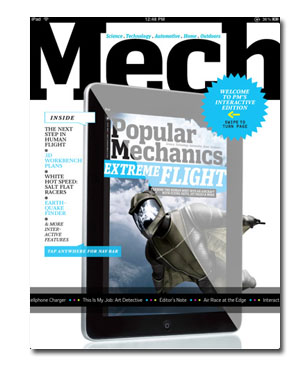 Hearst Magazines says the 11 apps it has launched so far for mobile devices and Apple’s iPad are just the beginning. The publisher is creating what it is calling the “App Lab,” an initiative to address the explosion of consumer usage of mobile devices and related platforms and applications.

The App Lab is expected to open at the Hearst Tower in New York City this September. It will feature educational sessions on topics including previews of emerging mobile content, applications and platforms, including iPad and other tablets; advertiser and agency roundtables on new ad formats and models; and consumer insight panels.

According to recently-appointed Hearst Magazines president David Carey, the App Lab is “a digital think tank to bring together innovators, both inside Hearst and across the media and technology industries, in order to create the smartest content, ad models and platforms that resonate with consumers today.”

“We intend to bring marketers and agency partners into The App Lab to collaborate with our creative teams to develop new possibilities of how our magazine-branded apps and their consumer brands can work together,” marketing president and publishing director Michael Clinton says in a statement announcing the initiative. “As the app landscape expands rapidly, we are all discovering new ways to engage people: it’s a new way to communicate and the possibilities are expanding every day. We hope to include apps in all of our print and digital integrated selling efforts.”

Among Hearst’s 11 existing apps are Redbook’s One Stop Shop, Cosmopolitan’s Sex Position of the Day and the Popular Mechanics iPad app. Right now, Hearst’s other magazines are available on the iPad through digital publishing vendor Zinio’s app, but the publisher says it will unveil iPad apps from Esquire and six other brands before the end of the year.

Hearst says it will open a physical space in the Hearst Tower to showcase Hearst’s iPhone, iPad and tablet products.

Meanwhile, citing ComScore figures, Hearst says traffic to all of its online properties is up 29 percent year-over-year. Among them, traffic to HarpersBazaar.com is up 452 percent so far this year over the same time last year, and Esquire.com is up 114 percent.

On the sales side, Hearst says advertising revenue has increased by 46 percent at its “core sites” versus 2009. While declining to offer any specific revenue figures, Hearst says 40 percent of its direct-to-publishers subscriptions come from online—with 90 percent of that representing new subscribers.