Hoping to elevate its presence in the healthcare information marketplace, the Hearst Corporation, which has operated in the sector since 1980, launched Hearst Health, a subsidiary of Hearst Business Media, on Monday. 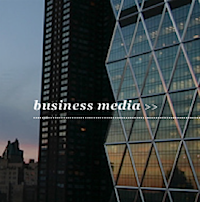 “The care guidance we provide is next generation of clinical decision support,” says Gregory Dorn, MD, executive vice president of Hearst Business Media, in a statement. “In addition to best practices, it encompasses efficiency of care and resource planning.”

The new auxiliary company will also support two major extensions: Hearst Health Ventures and the Hearst Health Innovation Lab. Combined, the lab and venture fund have $75 million committed to investing in startups and another $75 million set aside for future funding opportunities, according to Hearst.

Hearst Health Ventures, steered by managing director Ellen Koskinas, is a new fund created to invest in startup companies focused on health IT solutions and technology-enabled healthcare services. The Hearst Innovation Lab, under the guidance of chief innovation officer Justin Graham, will support internally-developed projects, as well as work with outside clinician-entrepreneurs, rapidly prototyping new product ideas with a team of analysts, developers and data architects.

This success has helped elevate Hearst Business Media to become the company’s second-biggest moneymaker after the entertainment and syndication group, which includes partnerships with ESPN and A&E Networks. Unlike the changing winds of the magazines and newspaper industry, Hearst can rely on growth prospects in the healthcare sector.

“Hearst has been operating in the healthcare information industry since 1980,” says Richard P. Malloch, president of Hearst Business Media, in a release. “Through Hearst Health Ventures and the Innovation Lab, we will advance businesses that provide more scalable and cost-effective solutions for high-quality patient care.”