Hearst Devotes Cross-Portfolio Package to Health Workers | News & Notes
Bipartisan efforts to save the USPS pick up steam, ABG to convert Sports Illustrated stories into film deals, and more news from this week.

In this edition: Hearst salutes healthcare workers (below), bipartisan calls for Postal Service relief are picking up steam, Sports Illustrated’s new owner is pursuing film options based its journalism, and the 2020 Pulitzer Prize winners are revealed. 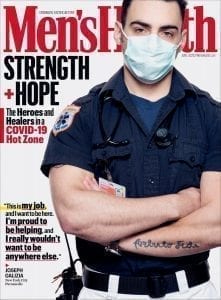 After securing “unprecedented access” for photographer Benedict Evans and his one-person crew, Marion Clemence Grand, to frontline healthcare workers at New York-Presbyterian Hospital on April 9th and 10th, Hearst Magazines kicked off a major print and digital initiative on Monday, honoring 17 “healthcare heroes,” including doctors, nurses and paramedics in the fight against the COVID-19 pandemic.

Featuring videos, transcribed interviews and portraits, the package is currently running across the websites and social media accounts of 13 Hearst Magazines brands, including Good Housekeeping, Harper’s Bazaar, Esquire and Men’s Health, which also devoted split-run covers of its June 2020 print issue to three of the highlighted heroes.

“When the COVID crisis was at its height in New York City, we sent a quarantined photographer to two of the biggest, most central hospitals in Manhattan,” wrote Hearst Magazines visual director, Sally Berman, in an Instagram post on Monday. “He stationed himself wherever it was safe to set up his simple apparatus, and we worked with the hospitals to make sure his work would not impede the administering of care.” 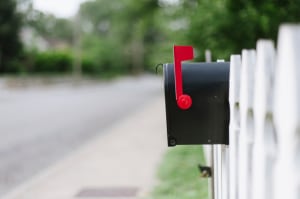 Branding themselves co-founders of the “Postal Preservation Caucus,” Reps. Mark Amodei (R-NV), Gerry Connolly (D-VA), Peter King (R-NY) and Carolyn Maloney (D-NY), sent a joint letter to Congressional leaders pleading for emergency funding for the U.S. Postal Service, which is facing revenue losses of $13 billion this year as a result of the COVID-19 crisis and will soon run out of cash without federal relief, according to testimony by Postmaster General Megan Brennan before the House Oversight Committee last month.

“Both Democrats and Republicans in Congress supported large infusions of liquidity for other industries and companies that are critical to our nation’s economy,” the letter reads, affirming support for last month’s unanimous call from the USPS Board of Governors, of which five of seven members were appointed by President Trump, for $75 billion in grants and loans to keep the service afloat and preserve its 630,000 employees.

On the reform front, a new law that would eliminate a requirement that the Postal Service pre-fund retiree health benefits—a mandate which has financially crippled the USPS since it was first imposed in 2006—received 301 co-sponsors and passed in the House on February 5th, with 222 Democrats and 87 Republicans voting in favor. A companion bill currently sitting in the Senate Homeland Security and Government Affairs Committee is now up to seven co-sponsors, four Democrats and three Republicans.

“The Postal Service is an indispensable component of America’s critical infrastructure, and its workers are on the frontlines every single day delivering information and packages to the American people,” the letter concludes. “We must save it now. We urge you to work in the coming days to pass legislation that will give the Postal Service the assistance it needs to keep functioning on behalf of the American people.”

ABG cashes in on its Sports Illustrated investment…

Authentic Brands Group—the firm that acquired Sports Illustrated from Meredith Corp. for $110 million and then promptly turned editorial operations over to Seattle-based media company The Maven under a licensing agreement last year—announced Monday that it’s reached an agreement with production company 101 Studios to launch Sports Illustrated Studios, a joint venture that will develop, produce and distribute long-form film, television and audio content derived from Sports Illustrated‘s archives and any future work it produces.

ABG becomes the latest magazine publisher to realize the potential in converting long-form journalism into Hollywood film deals. In September, New York magazine reached a deal with WME to develop and market film and TV adaptations after a 2015 feature in the magazine inspired the 2019 movie “Hustlers.” In February, Condé Nast said it was launching a whole network of branded studios dedicated to five of its magazines, The New Yorker, Vogue, Vanity Fair, Wired and GQ in order to “evolve the brands’ IP into new domains, including films, TV series and podcasts.”

“Sports Illustrated has covered every major story in sports since the 1950s and, before the internet, they were often the only publication covering the most famous and memorable stories in depth,” said 101 Studios CEO David Glasser in a statement. “Through this new partnership, we have the chance to bring these archival and current stories to life in ways people have never seen before.” 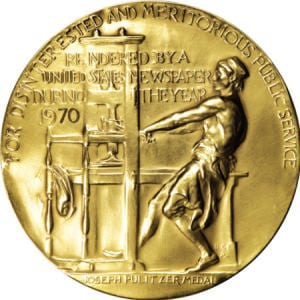 The New Yorker adds two more Pulitzers to its collection…

The New Yorker picked up its fifth and sixth Pulitzer Prizes for Journalism on Monday afternoon, by far the most of any magazine since 2015, when the nation’s top honors for journalism were expanded to include glossies for the first time.

Here’s a look at how magazines have fared at the awards each year since becoming Pulitzer-eligible:

David Remnick, editor of The New Yorker since 1998, was elected to the Pulitzer Prize Board in November.