At Hearst, Business Information Is Becoming Big(ger) Business
Hearst's Business Media division accounted for one-third of the company's overall profits in 2018, according to CEO Steven Swartz. 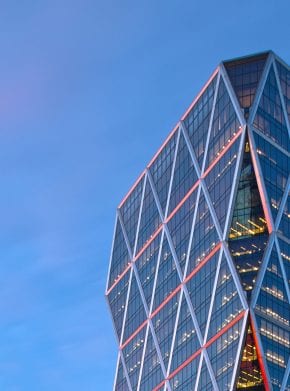 As Hearst’s magazine and newspaper divisions continue to navigate economic headwinds, its business information group is becoming an increasingly vital source of income to the multimedia giant.

One-third of the company’s overall profits in 2018 came from within Hearst Business Media, wrote Hearst president and CEO Steven R. Swartz Tuesday morning in his annual memo to staffers, up from 28 percent last year and 14 percent five years ago.

The largest contributor to the division’s profitability was the credit ratings and financial information provider Fitch Group, of which Hearst became the sole owner after acquiring the remaining 20-percent stake from the French-based Fimalac S.A. for $2.8 billion in April. Hearst had twice increased its stake in Fitch over the years since purchasing its initial 20 percent in 2006, noting the company’s expansions into information services and education to complement its credit ratings business.

“Fitch’s core ratings business,” added Swartz, “scored impressive market share gains in 2018,” and “generated a strong financial return for us by selling its interest in a local Chinese rating agency. The sale … clears the way for Fitch to start its own local ratings business within China in 2019, pending government approval.” 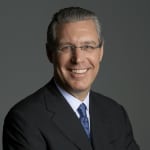 Led by executive VP Richard Malloch since its founding in 1999 as a rollup of Hearst’s B2B magazines and business-facing software products, Hearst Business Media also provides software and information services to the automotive/transportation and healthcare industries through various brands and products.

Its transition over the years to a primarily digital and subscription-focused operation has outpaced the company’s larger consumer magazines division, and reflects a broader shift among a number of legacy B2B media companies away from the traditional trade magazine model and toward an even heavier emphasis on software and technology-enabled, database-oriented information services.

“We’re generating 30 percent of our revenue from products that didn’t exist three years ago,” Malloch told Crain’s New York Business back in 2015.

Similarly, Swartz wrote that for a second consecutive year, the Hearst Health group’s data services and software providers First Databank, Homecare Homebase, MCG and MedHOK—the most recent addition to the portfolio, in 2016—all achieved record profits as well. The notable absence here was Zynx Health, which provides clinical decision support services to hospitals and physicians and has been part of Hearst Business Media since 2004.

“We expect to add to our collection of Business Media companies in 2019, both through bolt-on acquisitions to our existing businesses and through investments in new data or software sectors,” wrote Swartz. 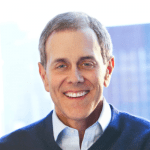 Hearst Magazines received considerably less ink in the annual memo, though Swartz did mention that he expects the company’s consumer magazine business to “return to profit growth in 2019.” Apart from the acquisition of Rodale’s magazine business and a brief recap of the major personnel changes atop the division last year, Swartz noted record digital traffic as well as the fact that Food Network Magazine turned 10 years-old.

“Today’s environment often demands cutting costs in some areas while expanding investment in others,” added Swartz. “Each of our businesses has to stand on their own two feet and be evaluated accordingly. But our financial strength does give us the ability to invest aggressively in our future growth, to be patient with some of our businesses as they fight back against disruption and to be certain that we have the wherewithal to manage an inevitable downturn.”

The full memo is available here.