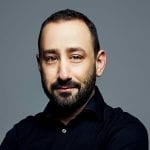 Hearst Magazines has hired Joe Brown as group editorial director of its Hearst Autos division, which includes Car and Driver, Road & Track and Autoweek, among other titles, starting March 2.

Brown moves to Hearst Autos from Bonnier Corp., where he has served as editor-in-chief of Popular Science since 2016 as well as VP and editorial director across several of the company’s New York-based titles, including Pop Sci but also Field & Stream, Saveur and Outdoor Life, since last year. Prior to Bonnier, Brown was executive editor at Wired.

“I’m beyond thrilled to join the Hearst Autos team,” said Brown in a statement. “This is more than a job for me—it’s the fulfillment of a lifelong dream.” 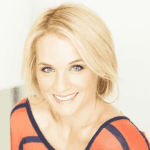 Additional news out of Hearst Magazines is the appointment of Meaghan Murphy to oversee cross-platform editorial content for Woman’s Day. As content director, a new role, Murphy succeeds editor-in-chief Susan Spencer, who is stepping down after eight years.

Murphy moves to Woman’s Day from Good Housekeeping, where she was executive editor since 2014; previously, she served as features director and then deputy editor of Self magazine at Condé Nast.

Hearst Magazines president Troy Young has been elected chairman of the Board of Directors of the Interactive Advertising Bureau (IAB), after spending the past year as vice chairman. Among new members joining the IAB board this year is Alysia Borsa, chief business and data officer at Meredith Corp.

At Bonnier Corp., Popular Science has promoted Rob Verger to associate editor from assistant technology editor. In the new role, he will cover transportation, security, and military. Prior to joining Bonnier in 2017, he served as foreign coordinator and associate editor at Newsweek. 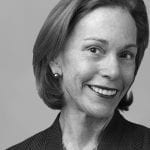 After a 27-year career at The New Yorker, deputy editor Pamela Maffei McCarthy is stepping down. Senior editor, Deirdre Foley-Mendelssohn, will serve as the new deputy editor starting in May, editor David Remnick announced.

“Pam was instrumental in making sure that The New Yorker sought out a new generation of talent, while retaining its core values,” Remnick wrote in a staff memo. “Her intelligent and sensitive judgment on all kinds of issues—editorial and more—has been essential to our success. And no practical matter was without her careful attention. There would be no modern New Yorker without her influence.”

Andrew Fish has been named senior editor of American Cinematographer, after spending the last five years as associate editor. Fish’s work helped earn AC one of its four Folio: Eddie and Ozzie Award nominations in 2019. 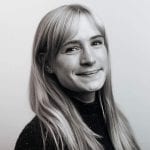 Texas Monthly has hired Lauren Larson as its new features editor. In addition to freelance writing for multiple publications, including Men’s Health, Allure and The New Yorker, Larson previously served in various editorial capacities at GQ.

Forbes has promoted Lynn Schlesinger to chief marketing officer. Schlesinger joined the brand last year as group VP, brand and demand marketing, after a long career in marketing, including stops at Reed Exhibitions and Bloomberg Businessweek. 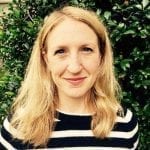 EBSCO Industries has promoted John Crouse to VP of sales within its consumer subscriptions division. Crouse previously served as director of publisher relations at EBSCO and has spent time at Reader’s Digest and Time Inc. in various marketing roles.