Harvard Business Review Wins Magazine of the Year at the Eddie & Ozzie Awards Gala
Thousands of nominations and hundreds of finalists were narrowed down to winners in categories spanning B2B, consumer, association and city/regional publishing. 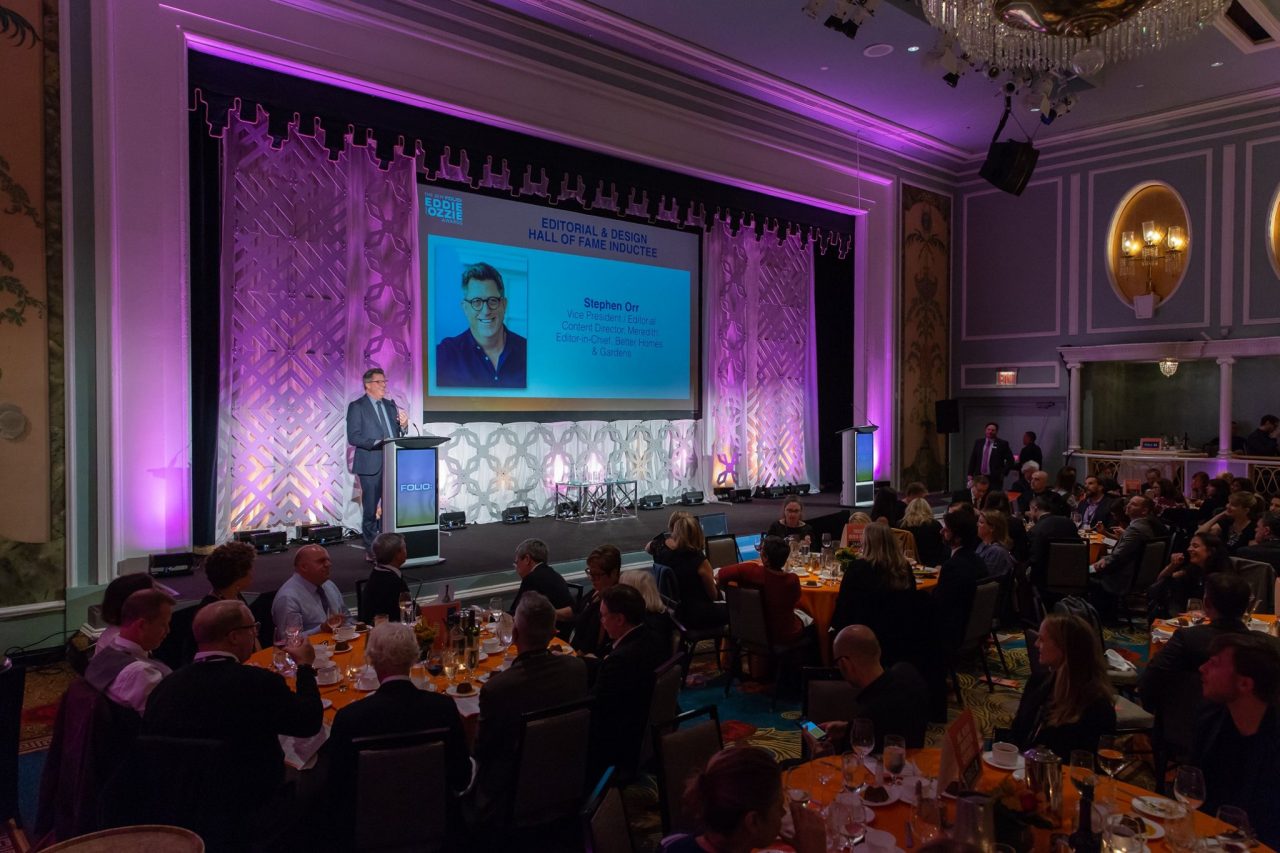 NEW YORK—Magazine and digital media professionals from all over the country gathered Wednesday evening to celebrate honorees for excellence in editorial and design. B2B, consumer and regional brands competed for Folio:’s 2019 Eddie and Ozzie Awards, the largest and most comprehensive such program, determined by dozens of judges from across the industry. 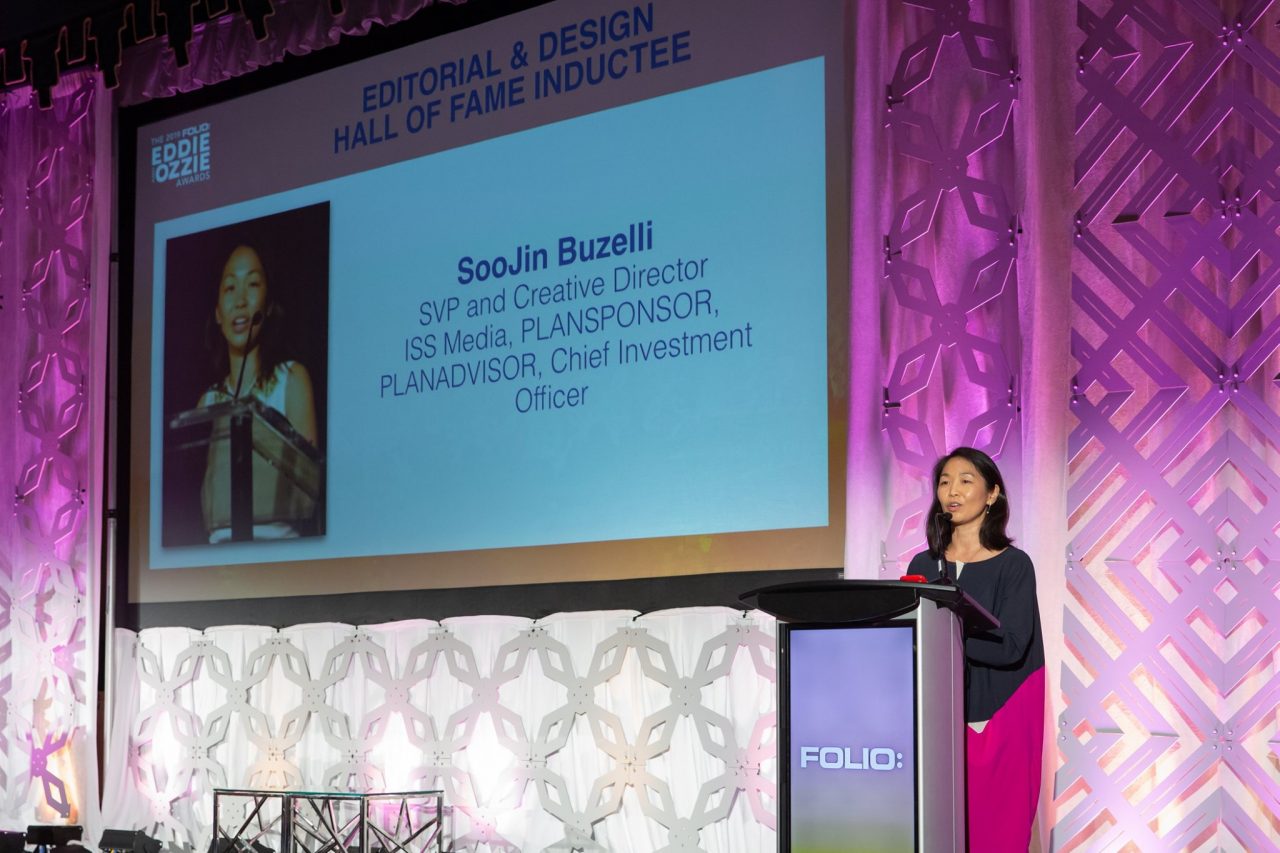 The inductees all spoke of appreciation for their hardworking teams.

“What I try to do is try to help everybody that I work with,” Stephen Orr said when he accepted his award. “What matters to me are the people I work with, and leading with kindness and empathy.”

Meanwhile, Maria Baugh (head of operations, content and campaigns at WeWork and a former Managing Editor at Food Network Magazine) referenced Maile Carpenter’s habit of baking elaborate and thoughtful birthday cakes for people on her staff.

“Her genius and creativity is matched by her kindness and generosity, and if that’s not rare these days I don’t know what is,” said Baugh.

Winners in the category honoring best new magazines were well received by the audience, especially the Happy Paws’ Spring/ Summer 2019 cover, which featured an adorable golden retriever puppy. Meanwhile, the iconic Christine Blasey Ford cover of TIME took the prize for Best Cover Design in the consumer, over-250,000 circulation category.

Editor of the Year, Lydia Woolever, cemented the unofficial theme of the evening in her acceptance speech: “It’s been an honor to cover the underdog city of Baltimore over the last five years. There’s hardship but also resilience and hope,” Woolever said. “In the end, it comes down to the people.”

Special thanks to our guest presenters Liz Vaccariello (Real Simple’s VP and editor-in-chief), Alison Overholt (ESPN’s VP of storytelling and special projects) Katy Ibsen (Folio: contributor and founder of Sweet Jane Magazine) and the several-dozen industry professionals who took time out of their schedules to judge the awards.

Congratulations to all of the Eddie & Ozzie winners and to our Hall of Fame inductees! The full list of winners can be found here.

→  Additional coverage of keynotes, panels and breakout programming at this year’s Folio: Show can be found here.

Our team was all smiles as CR took home *three* #FolioAwards, which recognize “uncompromising journalism and gorgeous design.” Here are our winning story categories: pic.twitter.com/C1kc6AjhkV

Congrats to @undarkmag, @larrycprice and its contributors on winning the Visual Digital Storytelling award for « Breathtaking » at the #folioawards’ Ozzies tonight. ??? @brookeborel represents here: pic.twitter.com/wr9ytlax5b

Last night, our new trade magazine, The Voice, took home a @foliomag award for best B2B launch. We are so honored to be chosen and thankful for our readers’ support! #FolioAwards pic.twitter.com/gZXpxy3aeF

Tabitha Sukhai
@TabithaSukhai
Tabitha Sukhai is a content and social media strategist, a Folio: Digital Awards and Top Women in Media honoree and a former editor at of This Old House and Real Simple, currently working as VP of Strategy + Innovation at 6boro Social.