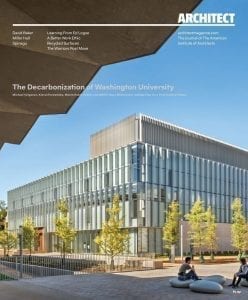 A Hanley Wood rep declined to provide details, but confirmed the layoffs and pay cuts in a statement, pointing to the COVID-19 pandemic as the reason for the changes.

“Due to impacts of COVID-19 on our business, we had to make the very difficult decision of implementing cost-cutting measures, including reducing our workforce and conducting salary reductions for some of our top earners,” the spokesperson said. “This is a necessary step many businesses are facing during this uncertain economic climate.”

The cuts appear to have impacted much of the company, including editorial, marketing, sales and events roles. Two sources familiar with the situation said at least 40 employees were laid off; another estimated the number was significantly higher.

Among those let go was the longtime editor-in-chief of Architect magazine, Ned Cramer, who had been in that role since Hanley Wood first launched the publication in 2006.

Long active in B2B media, MidOcean sold its stake in Penton to Informa plc in 2016, but reentered the space in 2018, bringing on former Penton CEO David Kieselstein as executive board chairman before acquiring both Questex and Hanley Wood later that year.

We’ll update this story as new information comes in.