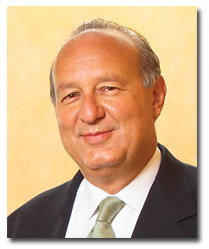 During an internal meeting yesterday, Hanley Wood CEO Frank Anton [pictured] revealed to staffers that the company has just completed a project with consulting firm Innovation and will soon begin an 18-24 month process leading to a "digital-first" editorial approach–including the centralization of editorial resources at Hanley Wood’s Washington, DC-headquarters.

"It is our intention to concentrate editorial resources in a yet-to-be built newsroom-type environment much like Bloomberg Businessweek’s," Anton told FOLIO:. "We will not close all our remote editorial offices and we will relocate some staff from remote offices. We would expect some staff from outside offices to decline to move and we would in special cases make exceptions about edit staff being located in DC. The concentration of staff at Hanley Wood headquarters will allow us to better integrate resources and talent."

Anton says Hanley Wood will create six to seven task forces manned by volunteer staff to control the reorganization. "The build out alone is a big project, and it’s necessary to make sure our underlying CMS is up to the task at hand," he adds. "We have a time line developed for all major projects, but I’m sure it will be subject to change."

Despite the "digital-first" initiative and a challenging first half 2011 for Hanley Wood magazines (and possibly weaker performance in the second half of the year), Anton said the company is committed to print. "I emphasized that part of the process would be to make sure the magazines are protected and, in fact, would benefit from this reorganization–we will NOT stopping printing magazines."

Several of HW’s print pillars–including Builder and Architect–have agreements with industry associations (Anton says Architect has seen a 100 percent increase in ad revenue since teaming with the American Institute of Architects last year), while the Journal of Light Construction is paid circulation.

"I think they will be giving up the secret sauce of trade publishing…editors who are close to their markets and thus create content that is right down the pipes of their readers," says one source of Hanley Wood’s editorial reorganization. "But current economics are making that hard, so maybe this is the way we have to go for a few years."

Some observers are expecting dramatic moves by Hanley Wood as the company’s debt comes due in 2012. Last week, Hanley Wood sold the assets of Pro AV (including web, editorial content and subscriber lists) to NewBay Media, but Anton says no other transactions are planned at this time.

While he won’t comment on the debt load and the possibility of a restructuring, Anton says, "We strongly believe the company has sufficient liquidity to fund day-to-day operations into the foreseeable future."