Handicapping the 2009 Ellies
A preview of the National Magazine Awards. 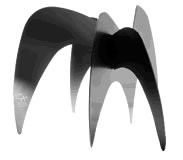 The 2009 National Magazine Awards will be doled out tonight at a ceremony in New York. This year, the normally lavish, black tie affair has been downgraded to "cocktail attire" ("We’re responding to the economy," Sid Holt, the American Society of Magazine Editors CEO said yesterday during ASME’s annual lunch) and, given the endless waves of layoffs and magazine closings, the vibe is expected to be subdued ("Don’t be surprised if it’s solemn" said one editor).

But perhaps the solemn backdrop will make the awards themselves—which usually take a back seat to the schmooze-a-thon that precedes them—mean a bit more this year.

Here’s a quick preview of five of the night’s most intriguing races:

FAVORITE: Mother Jones
LONG-SHOT: Foreign Policy
FOLIO: PICK: Paste
THE SKINNY: Mother Jones, the lefty on the Left Coast, and its non-profit model are quietly weathering the economic storm, making it a sentimental favorite. But Paste, the Decatur, Georgia-based magazine that in recent years has experimented with different editorial and business approaches, sorta like the bands it covers, deserves to win its first Ellie.

FAVORITE: New York
LONG-SHOT: Good
FOLIO: PICK: Good
THE SKINNY: GQ’s Fred Woodward is a legend, Wired’s Scott Dadich and New York’s Chris Dixon are hella-deserving (New York should and probably will win the design Ellie). But I’m rooting hard for Good creative director Casey Caplowe, a member of the 2009 FOLIO: and all-around good (sorry) guy. It takes big cajones to cut your trim size down for one issue, as Good did for its "recession special."

FAVORITE: Nymag.com
LONG-SHOT: Chow.com
FOLIO: PICK: Nymag.com
THE SKINNY: Probably the most important award of the night, given the fault lines that dash across of the industry’s future. New York magazine, a pioneer for both regional and general interest magazines on the Web, should win.