Gus Wenner Is Following Through on His Vision for Rolling Stone
Two years in the making, we check back in with the president and COO after divestments, acquisition and investments back into the iconic brand. 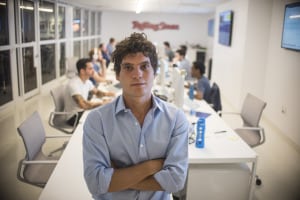 A lot has happened at Wenner Media over the past 2 years. Perhaps more than in its 50 years prior.

The company was founded by Jann Wenner in 1967, when he launched the music weekly Rolling Stone. Thereafter, it grew into a nine-figure annual revenue company. It introduced other familiar titles—Outside and Men’s Journal, and also acquired Us Weekly. Since then, all of those titles have been sold off to other publishers, including the majority interest in its flagship Rolling Stone to Penske Media at the tail end of 2017. (At the time, BandLab owned 49% of the brand, but Penske bought out the remaining shares this year and has total ownership.)

It’s fair to say that Wenner Media had its share of ups and downs over the recent years, but the one thing it never lost was its stake in an iconic brand. But as most Folio: readers know, the industry is challenged and brand legacy will only get you so far. That’s why Rolling Stone needed to make changes… big ones.

New ownership gave the company the capital and infrastructure to invest and develop a vision that would allow Rolling Stone to thrive on multiple platforms. Since the sale, the brand has undergone changes to its print product, introduced new digital and video products and launched several events. In other words, it’s doing all the right things a publisher needs to do in 2019—diversifying.

Two years ago we spoke with Gus Wenner, following the sale of Us Weekly, but prior the sale of Men’s Journal and Wenner Media itself. He shared his forward-looking vision for his company, and more specifically the Rolling Stone brand. At the time, he was head of digital for the company, but since joining Penske has been elevated to president and COO of the Wenner Media division.

We were recently able to catch up with him again to see how things are going since the acquisition and hear more about Rolling Stone’s progress since we last connected.

Folio: So a lot has happened since we last spoke, but especially in the past year; tell us about some of the most significant shifts since joining Penske, but more about the changes you’ve made to Rolling Stone.

Gus Wenner: First, let me say that being able to spend every day working on the future of one of the most powerful and iconic brands is an incredible feeling and it was a long journey getting to this point. PMC is so smart and talented and its vision for publishing and has unlocked a great deal of opportunity for us, and we have accomplished so much since the acquisition and have so many massive projects we’re working on. It’s been a great 18 months.

But the biggest initiative was the relaunch last July.

We started with just visually evolving the aesthetics of the brand, making subtle changes to the logo and the font, keeping in line with our tradition but modernizing it in a smart way that evolves us and pushes us forward and leverages the heritage and history.

We put it on a heavier paper stock, increased the page count and made the magazine what it should be today, which is a keepsake. We have this iconic cover that unlocks so many doors and putting out a product that the brand deserves has been a big success. 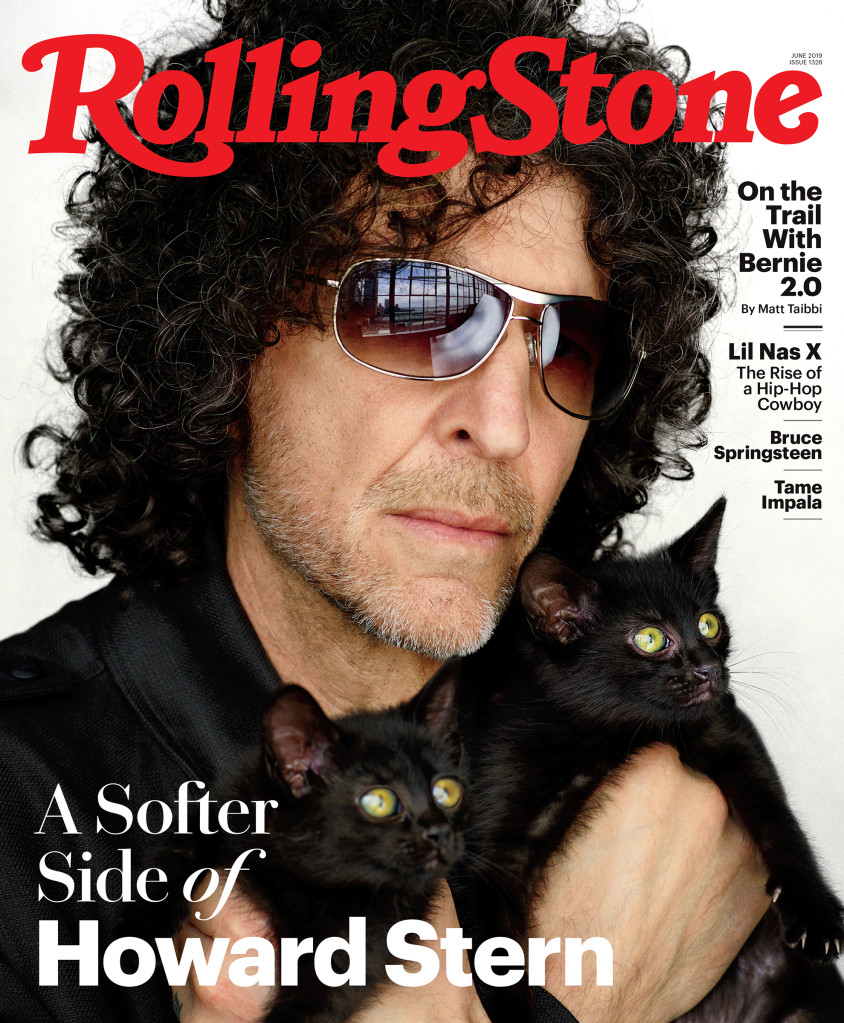 Folio: Besides making a better looking magazine, how are you measuring that success?

Wenner: Our ad pages are up 58% year-over-year. And while the magazine isn’t necessarily the future, it is the foundation of what we do.

We also relaunched the website and our digital traffic is up 72% from Q1 2018 to Q1 2019. Our millennial audience is up 32% and content production is up 30% during that same period. We maintain a commitment to outstanding journalism and are taking a newsroom approach to publishing by producing north of 60 stories a day.

So the numbers reflect the success.

We’re constantly looking at what we can do better in the magazine. It is an ongoing exercise and conversation. In terms of the product, we feel good but we are always asking ourselves what we could be doing better.

Folio: How did the organization have to change to accommodate these other shifts?

Beyond that, we began developing our events business, which has been a big initiative. Since we relaunched we’ve done 15 events and we have a ton of other projects underway, but we are a content company and great storytelling is our past, present and future.

Folio: You mentioned adding editors, and we’d assume other staffers as well. So what are you looking for in your new candidates and how much does your culture factor in?

Wenner: From a leadership perspective collaboration is critical. The biggest things are having people who are extremely talented and committed but understand and believe in our values, our mission, our culture, in music and how we can effect change. They should also feel connected to what we represent and the opportunity we have going forward. It’s a tough criteria, but the people who have the most success here are the ones who have bought into this idea.

Brian [Szejka], our new publisher, is deeply connected and understands how it moves us forward.

Folio: What’s the biggest challenge as you rearticulate the business model and strategy?

Wenner: The biggest thing is maintaining and building an iconic legacy. The last thing we want is somebody going to the website and not knowing who we are. We can’t push too far and do away with our brand identity. So the biggest challenge is pushing forward aesthetically and with the actual coverage in a way that is true to who we are and not doing anything that feels forced. Readers can smell bullshit, especially ours. That’s not our goal. Our goal is to do critical reporting and evolve in an authentic way. We talk about that constantly across every department. In some ways we are too thoughtful about our history. 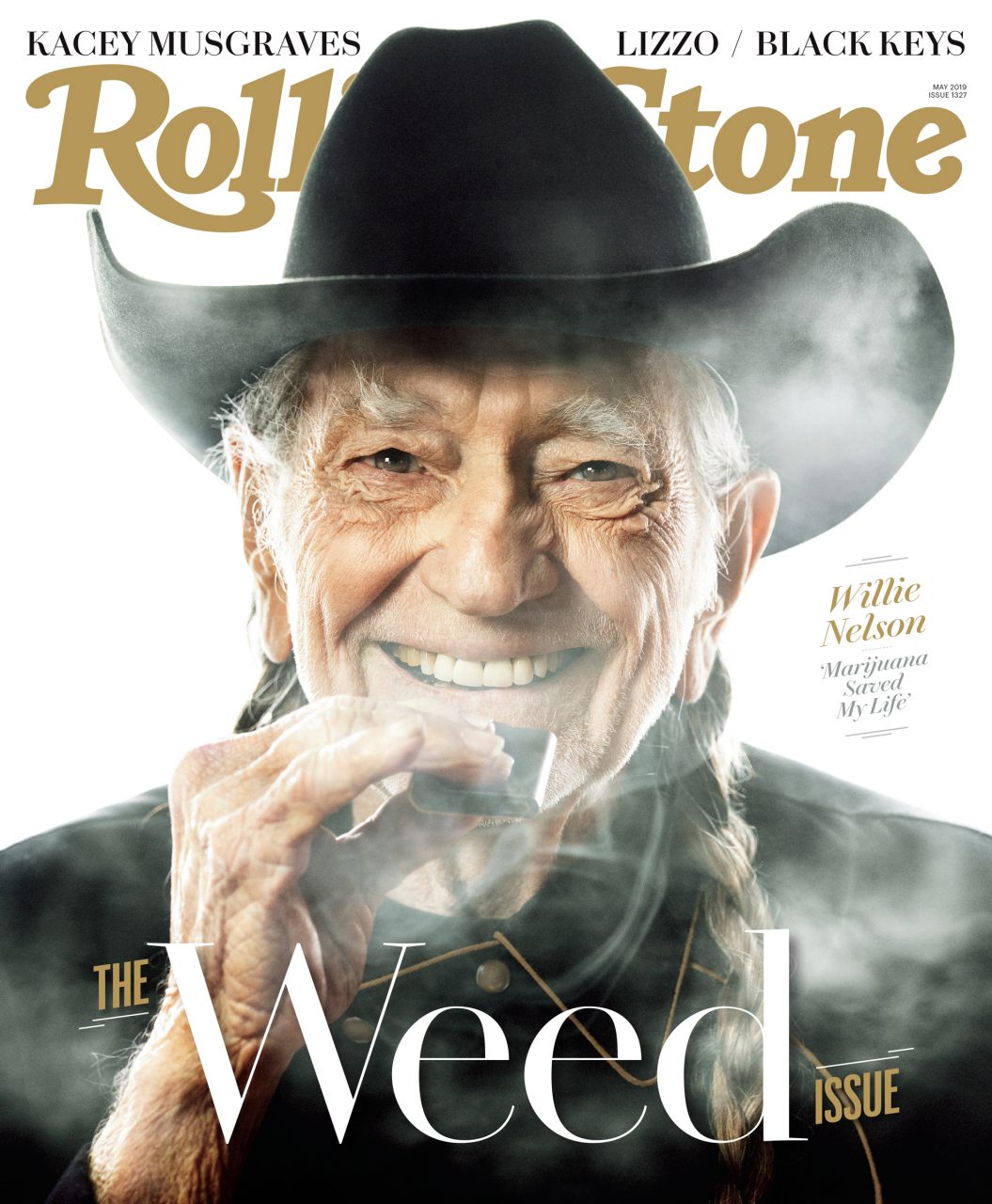 Folio: Rolling Stone is 52-years-old so it transcends generations, even though it’s geared towards younger music enthusiasts. Still, you have generations of readers, so how do you strike a balance to serve all of them?

Wenner: The truth is it’s a big advantage and we are very aware of it. If you look at the consistent coverage we do online, the majority is about music that is important to young people, but we certainly stay on all the beats we have equity around. I think a really good representations of that is our covers. If you look back at our last 14 covers—we’re monthly now—it tells the story really nicely.

The criteria or question we try to answer is: Can this image be iconic? That will never change.

Even though our last 14 covers lean towards appealing to younger readers, it’s not a rule. Our current cover is Howard Stern and the last one before that was Willie Nelson.

Folio: Let’s talk about another new recent initiative you’ve launched: your music charts. Billboard has been in that business for almost 90 years, why get into that space, and why now? And what will separate yours from what is frankly considered a gold standard?

Wenner: I think there’s a lot we can bring to the market and do a lot more with the data. We’re teaming up with a data company [BuzzAngle] who is under our umbrella. Transparency is something we feel is missing and there’s a lot of backroom questions that don’t get answered publicly about what songs charted, how and why. So we intend to put a whole new level of transparency in this space.

Billboard has been doing it for a long time, and they are the leaders in the space, but we feel there is an opportunity to push that area forward and we have an incredible audience and editorial offering to complement these artists.

Ultimately, we ask ourselves if our readers will care and, in this instance, it’s just a no-brainer, the answer is yes, they will be fascinated with this.

Folio: So we talked about the magazine, a bit about the website and your new music charts; so what other new projects are in the pipeline that are redefining the Rolling Stone brand?

Wenner: Well, we have a bunch of stuff, a lot of it’s too early to talk about. But we have been engaged in a lot of exciting partnerships and deals to expand our content offerings. We are working with Audible and creating original audio books.

We’ve done two so far. One was on Aretha Franklin right after she passed. And the most recent was a big essay on Stevie Nicks that one of our top writers, Rob Sheffield, wrote. And both—I believe—went to the top of their store upon release and I want to say were number one. So these have been very successful and we will be doing a lot more of those.

We also have a partnership with Imagine Entertainment to create a television docuseries, which we’re working on right now.

And we have done a number more deals like that that will take our storytelling and make it multimedia.

Folio: Paid content—beyond print—is once again a growing trend in publishing. Yet, you’ve increased print advertising 58% over the past year and are seemingly leveraging a content-first strategy across platforms. So what’s your secret sauce for monetizing content at scale, beyond advertising revenue?

Wenner: The secret sauce is putting out something that is truly premium and unique. So much information exists everywhere. Content has become commoditized and oversaturated but the thirst for high-level reporting has grown and is even considered more important than ever.

We increased the price of our magazine and people responded by paying for it because they value what’s in it. How that translates online is no different. You have to put out a product people will pay for. Currently, the website is free but we are exploring a number of avenues where there are paid products. However, our commitment remains putting out great journalism and storytelling for an audience that values it and sees it for what it is.

Hear more about Rolling Stone’s transformation from Gus Wenner himself at this year’s Folio: Show. Wenner is our featured keynoter on October, 30 at the Midtown Hilton in NYC!