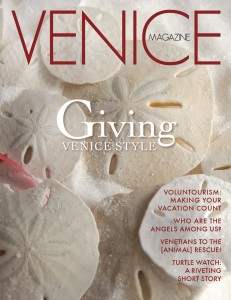 Gulfshore Media is adding Venice Magazine to its portfolio of city and regional titles in Central Florida.

Gulfshore, which owns eight publications including Sarasota Magazine, will relaunch the print edition of Venice Magazine with a semi-annual frequency in November, including wider distribution, a redesign and expanded editorial content.

Venice Magazine’s digital properties are already being managed by the Gulfshore team.

"We’ve admired Venice Magazine since its inception [in 2009] and are thrilled to enter the South Sarasota County marketplace with such a top quality publication," says Dan Denton, president and CEO of Gulfshore Media, in a statement. "While it will have our own creative stamp, we also intend to carry on what publisher Tracy Knight and her team established, which is a beautiful publication that represents the people and lifestyles of Venice and surrounding communities."

It’s the first major M&A move for Gulfshore Media since it sold several of its other Florida properties to Open Sky Media in 2012.