Glenda Bailey Steps Down at Harper’s Bazaar | People on the Move
Former Atlantic exec Bob Cohn joins The Economist, a new EIC at American Banker, a new CEO at Pride Media and more. 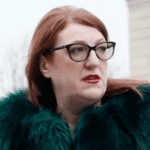 Glenda Bailey is stepping down as editor-in-chief of Harper’s Bazaar, ending a 19-year run, Hearst president and CEO Steven Swartz and Hearst Magazines president Troy Young announced Wednesday. She will continue to support the publication as a global consultant working on brand partnerships, beginning March 1. Hearst says Bailey’s successor at the magazine’s U.S. edition will be named shortly.

Bailey leaves behind a storied chapter of the fashion magazine, with accolades including nine ASME Best Cover Awards, 11 Lucie Awards for photography and Adweek’s Hottest Fashion Magazine of the Year in 2015. Prior to joining Harper’s Bazaar in 2001, she spent five years as editor-in-chief of the U.S. edition of Marie Claire, and before that, was editor-in-chief of British edition of Marie Claire, which she helped launch in 1988.

In 2011, she was appointed Officer of the O.B.E. (Order of the British Empire), from Queen Elizabeth II in recognition of her services to journalism and fashion before being elevated to Dame Commander in 2019; and the French government honored her as Chevalier of the Ordre des Arts et des Lettres in 2012.

“Glenda’s mark on the Bazaar brand is indelible and her contributions immeasurable,” Young said. “She’s passionate about fashion as both entertainment and high art, and we’re happy to be able to access her creativity and imagination for our global editions.”

Bailey will be the latest high-profile editor to step down at Hearst Magazines since August 2018, when chief content officer and former Marie Claire and Cosmo EIC Joanna Coles announced she was leaving the company. Esquire and former Town & Country EIC Jay Fielden left last May, followed by longtime Marie Claire EIC Anne Fulenwider, who exited just last month to launch her own company. 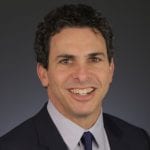 The Economist Group appointed Bob Cohn as president and managing director for The Economist, reporting to CEO Lara Boro. Cohn previously spent 10 years at The Atlantic, first as digital editor and later as president, before stepping down last summer to accept a three-month fellowship at Harvard University.

In his new role, Cohn will be tasked with growing the publication’s global subscription business and readership—particularly in North America, which The Economist says now accounts for 55% of its 1.6 million print and digital circulation—as well as developing new digital products.

“I am thrilled to join the amazing team at The Economist, whose journalism I have long read and admired,” said Cohn in a statement. “The Economist produces reporting, analysis, and commentary that has never been more essential to understanding our complex world. I look forward to helping bring this work to a wider audience.” 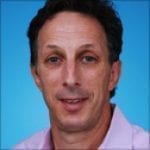 SourceMedia promoted Alan Kline to editor-in-chief of its flagship brand, American Banker. Kline succeeds Rob Blackwell, who is moving outside of journalism after spending nearly 20 years with the publication, joining as a reporter in 2000 and rising to editor-in-chief in 2017.

Kline has been with American Banker for over 20 years, the last several of which as senior editor, and also spent time as community banking editor and later editor-in-chief of sister title U.S. Banker, which later became the monthly magazine edition of AB. 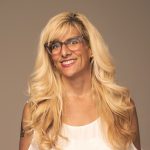 Anderson-Minshall takes over Pride Media following a tumultuous December for the company, which saw the abrupt resignations of its previous CEO, Orlando Reece, as well as Out editor-in-chief Phillip Picardi and The Advocate editor-in-chief Zach Stafford. 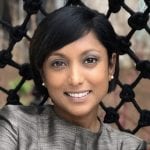 Sumindi Peiris joins Time Out Group as chief marketing officer. A new role within the company, Peiris will head up marketing across both of the company’s two divisions: Time Out Media and Time Out Market.  Peiris comes from Hilton, where she served as VP of global brand marketing for its luxury hotel brands; prior to that, she was a Singapore-based VP, global director for the scotch brand Johnnie Walker at Diageo.

Ernesto Burden has been named a VP at Yankee Publishing and publisher at its subsidiary, McLean Communications, which publishes NH Business Review, New Hampshire Magazine, New Hampshire Home and ParentingNH. Burden arrives at McLean from Newspapers of New England, where he served as VP of digital as well as general manager of the Concord Monitor. He begins January 21.

Former Nashville Scene publisher Mike Smith is rejoining the alt-weekly in the same role and taking on the additional position of VP of marketing at parent company Freeman Webb. Smith departed the Scene—which at the time was owned by SouthComm—in 2015 after 18 years as publisher to launch his own marketing firm, which he will continue to run. Freeman Webb also announced the promotions of Jennifer Trsinar to publisher of sister title Nfocus and Heather Cantrell Mullins to director of market strategy for the Nashville Post.